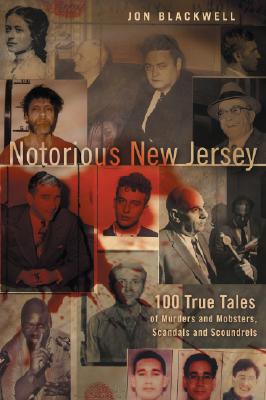 "Notorious New Jersey" is the definitive guide to murder, mayhem, the mob, and corruption in the Garden State. With tabloid punch, Jon Blackwell tells riveting accounts of Alexander Hamilton falling mortally wounded on the dueling grounds of Weehawken; Dutch Schultz getting pumped full of lead in the men's room of the Palace Chop House in Newark; and a gang of Islamic terrorists in Jersey City mixing the witch's brew of explosives that became the first bomb to rock the World Trade Center. Along with these dramatic stories are tales of lesser-known oddities, such as the nineteenth-century murde... View more info