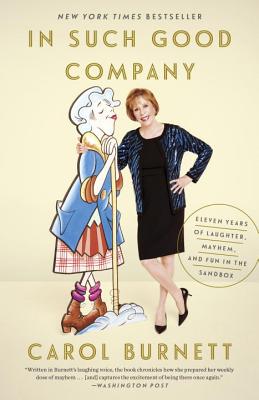 In Such Good Company: Eleven Years of Laughter, Mayhem, and Fun in the Sandbox

In this New York Times bestseller, comedy legend Carol Burnett tells the hilarious behind-the-scenes story of her iconic weekly variety series, The Carol Burnett Show. In In Such Good Company, Carol Burnett pulls back the curtain on the twenty-five-time Emmy-Award winning show that made television history, and she reminisces about the outrageously funny and tender moments that made working on the series as much fun as watching it. Carol delves into little-known stories of the guests, sketches and improvisations that made The Carol Burnett Show ...
View More...