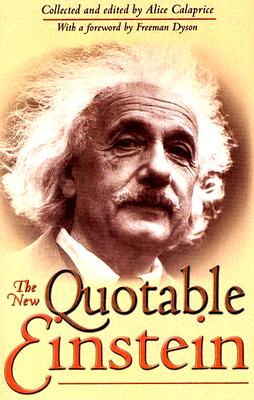 For the first time in paperback, here is a newly expanded edition of the best-selling book that was hailed as "setting a new standard" for quotation books. Tens of thousands of readers have enjoyed "The Quotable Einstein" and "The Expanded Quotable Einstein," with translations into twenty-two languages. This updated edition--which appears on the 100th anniversary of Einstein's Special Theory of Relativity and the 50th anniversary of Einstein's death--offers more than 300 new quotations, or over 1,200 altogether. Nearly all are by Einstein himself and a few are about the self-professed "lone wo... View more info