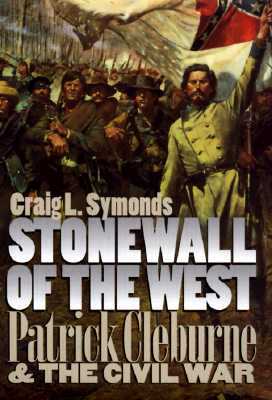 Stonewall of the West: Patrick Cleburne and the Civil War (Modern War Studies)

To Jefferson Davis, he was the "Stonewall o: the West"; to Robert E. Lee, he was "a meteor shining from a clouded sky"; and to Braxton Bragg, he was an officer "ever alive to a success". He was Patrick Ronayne Cleburne, one of the greatest of all Confederate field commanders.An Irishman by birth, Cleburne emigrated to the United States in 1849 at the age of 21. He achieved only modest success in the peacetime South, but rose rapidly in the wartime army to become the Confederacy's finest division commander. He was admired by peers and subordinates alike for his leadership, loyalty, honesty, ... View more info