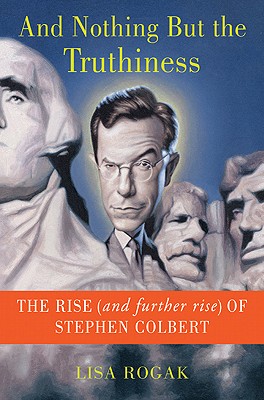 Nothing But the Truthiness: The Rise (and Further Rise) of Stephen Colbert

"A funny and personal portrait of the comedian who became the headline-making, ground-breaking star of"The Colbert Report."" "My name is Stephen Colbert, but I actually play someone on television named Stephen Colbert, who looks like me and talks like me, but who says things with a straight face that] he doesn't mean."--Stephen Colbert No other comedian can generate headlines today the way Stephen Colbert can. With his appearance at a Congressional hearing, his rally in Washington, D.C., his bestselling book, his creation of the now-accepted word "truthiness," and of course his popula... View more info