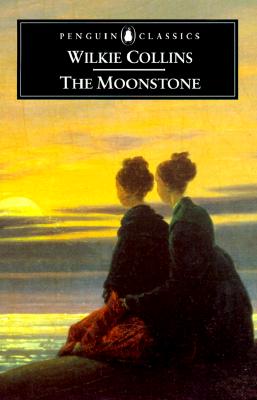 'When you looked down into the stone, you looked into a yellow deep that drew your eyes into it so that they saw nothing else'The Moonstone, a yellow diamond looted from an Indian temple and believed to bring bad luck to its owner, is bequeathed to Rachel Verinder on her eighteenth birthday. That very night the priceless stone is stolen again and when Sergeant Cuff is brought in to investigate the crime, he soon realizes that no one in Rachel's household is above suspicion. Hailed by T. S. Eliot as 'the first, the longest, and the best of modern English detective novels', The Moonstone i... View more info

Like few novels before it, The Woman in White thrilled readers across England when it debuted in 1860. It famously opens with Walter Hartright's eerie encounter on a moonlit road. Engaged as a drawing-master to beautiful Laura Fairlie, Walter is drawn into the sinister intrigues of Sir Percival Glyde and his charming friend Count Fosco, who has a taste for white mice, vanilla bonbons, and poison. Pursuing questions of identity and insanity along the corridors of English country houses and the madhouse, The Woman in White is the first and most influential of the Victorian "sensation" novels, a ... View more info 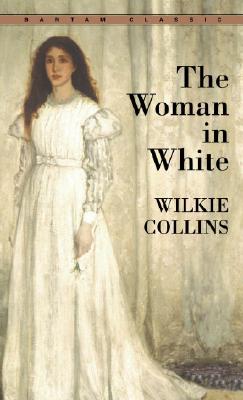 Woman in White, The

"There, in the middle of the broad, bright high-road--there, as if it had that moment sprung out of the earth or dropped from the heaven--stood the figure of a solitary Woman, dressed from head to foot in white garments." Thus young Walter Hartright first meets the mysterious woman in white in what soon became one of the most popular novels of the nineteenth century. Secrets, mistaken identities, surprise revelations, amnesia, locked rooms and locked asylums, and an unorthodox villain made this mystery thriller an instant success when it first appeared in 1860, and it has continued to enth... View more info 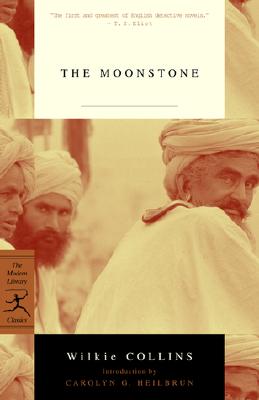 "The Moonstone is a page-turner, " writes Carolyn Heilbrun. "It catches one up and unfolds its amazing story through the recountings of its several narrators, all of them enticing and singular." Wilkie Collins's spellbinding tale of romance, theft, and murder inspired a hugely popular genre-the detective mystery. Hinging on the theft of an enormous diamond originally stolen from an Indian shrine, this riveting novel features the innovative Sergeant Cuff, the hilarious house steward Gabriel Betteridge, a lovesick housemaid, and a mysterious band of Indian jugglers. This Modern Library Paper... View more info 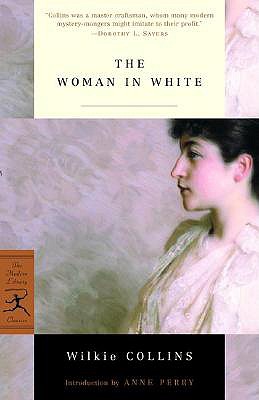 Generally considered the first English sensation novel, The Woman in White features the remarkable heroine Marian Halcombe and her sleuthing partner, drawing master Walter Hartright, pitted against the diabolical team of Count Fosco and Sir Percival Glyde. A gripping tale of murder, intrigue, madness, and mistaken identity, Collins' s psychological thriller has never been out of print in the 140 years since its publication. Anne Perry writes in her Introduction to this Modern Library Paperback Classic (set from the " New Edition" of 1861), " The Woman in White] has lasted, to our great pleasu... View more info