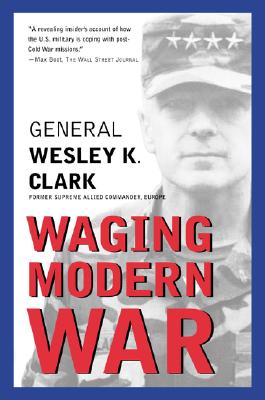 Waging Modern War: Bosnia, Kosovo, and the Future of Combat

In "Waging Modern War," General Wesley K. Clark recounts his experience leading NATO's forces to a hard-fought and ultimately successful victory in Kosovo in 1999. As the American military machine has swung into action in the months following the attacks on the World Trade Center and the Pentagon, it has become clear that the lessons of Kosovo are directly applicable to the war against terrorism and the nations that sponsor it. The problems posed, and overcome, in the war in Kosovo-how to fight an air war against unconventional forces in rough terrain and how to coordinate U.S. objectives with...
View More...