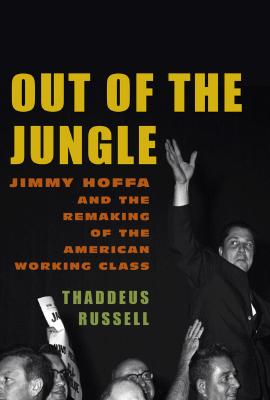 Out of the Jungle: jimmy Hoffa and the Remaking of the American Working Class

Jimmy Hoffa was not like Walter Reuther, John L. Lewis, Philip Murray, or other American labor leaders -- he essentially had no ideology; his focus was on financial gain for his union's members.Thaddeus Russell describes Hoffa's rise: from his Indiana boyhood, to his first jobs and involvement with the Teamsters in Detroit, to his rise to leadership within the union, to his often brutal and sometimes corrupt tactics in warfare with employers and other unions, to his troubles within the AFL-CIO and the eventual expulsion from the Teamsters, to Hoffa's imprisonment and eventual disappearance.... View more info