What Went Wrong?: The Clash Between Islam and Modernity in the Middle East

The Middle East: A Brief History of the Last 2,000 Years

The Crisis of Islam: Holy War and Unholy Terror

Islam and the West 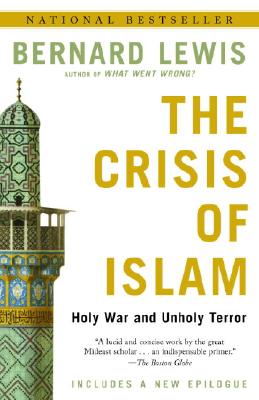 The Crisis of Islam: Holy War and Unholy Terror

In his first book since What Went Wrong? Bernard Lewis examines the historical roots of the resentments that dominate the Islamic world today and that are increasingly being expressed in acts of terrorism. He looks at the theological origins of political Islam and takes us through the rise of militant Islam in Iran, Egypt, and Saudi Arabia, examining the impact of radical Wahhabi proselytizing, and Saudi oil money, on the rest of the Islamic world. The Crisis of Islam ranges widely through thirteen centuries of history, but in particular it charts the key events of the twenti...
View More...