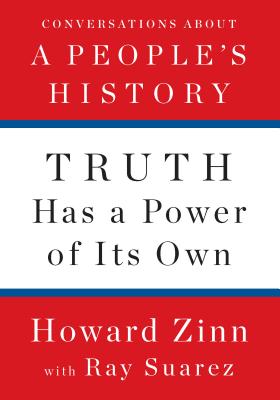 Truth Has a Power of Its Own: Conversations About A Peoples History

Never before published, an extraordinarily inspiring and radical conversation between Howard Zinn and PBS/NPR journalist Ray Suarez, wherein American history is turned upside down--published to coincide with the tenth anniversary of Zinn's death

Truth Has a Power of Its Own is an engrossing collection of never-before-published conversations with Howard Zinn, conducted by the distinguished broadcast journalist Ray Suarez in 2006, that covers the course of American history from Columbus to the War on Terror from the perspective of ordinary people--including slaves, workers, im...
View More...