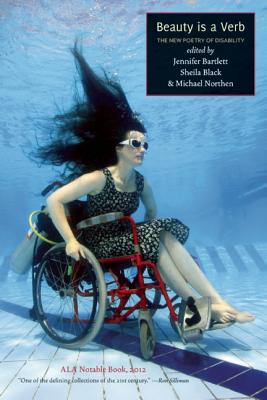 Beauty is a Verb: The New Poetry of Disability

Chosen by the American Library Association as a 2012 Notable Book in Poetry.

Beauty is a Verb is a ground-breaking anthology of disability poetry, essays on disability, and writings on the poetics of both. Crip Poetry. Disability Poetry. Poems with Disabilities. This is where poetry and disability intersect, overlap, collide and make peace.

" BEAUTY IS A VERB] is going to be one of the defining collections of the 21st century...the discourse between ability, identity & poetry will never be the same." --Ron Silliman, author of In The American Tree 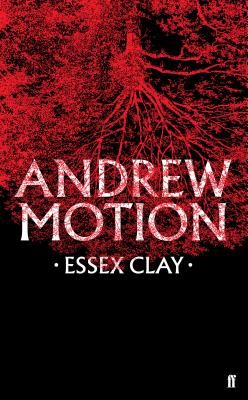 Andrew Motion's prose memoir In the Blood (2006) was widely acclaimed, praised as 'an act of magical retrieval' (Daily Telegraph) and 'a hymn to familial love' (Independent). Now, twelve years later and three years after moving to live and work in the United States, Motion looks back once more to recreate a stunning biographical sequel - but this time in verse.

Essex Clay rekindles, expands and gives a tragic resonance to subjects that have haunted the poet throughout his writing life. In the first part, he tells the story of his mother's riding accident, long u...
View More... 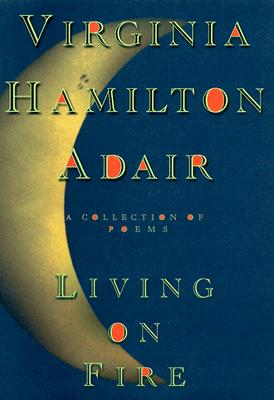 Living on Fire: A Collection of Poems 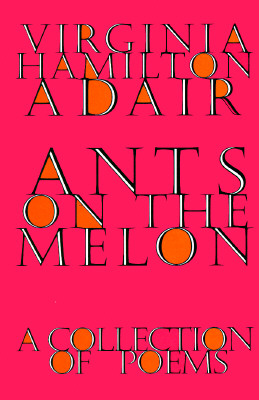 Ants on the Melon: A Collection of Poems 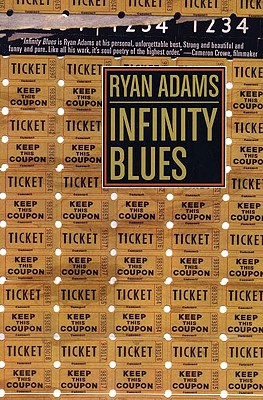 "Ryan Adams, one of America's most consistently interesting singer/songwriters, has written a passionate, arresting, and entertaining book of verse. Fans are going to love it, and newcomers will be pleased and startled by his intensity and originality. The images are vivid and the voice is honest and powerful."--Stephen King, author of Duma Key "Ryan Adams writes with equal parts precision and recklessness; the blood he draws from the text is easily as unnerving as its unapologetic tenderness. He is proof that poetry will find its writer."--Mary-Louise Parker, actress ...
View More... 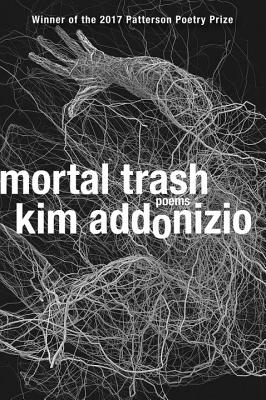 Passionate and irreverent, Mortal Trash transports the readers into a world of wit, lament, and desire. In a section called "Over the Bright and Darkened Lands," canonical poems are torqued into new shapes. "Except Thou Ravish Me," reimagines John Donne's famous "Batter my heart, Three-person'd God" as told from the perspective of a victim of domestic violence. Like Pablo Neruda, Addonizio hears "a swarm of objects that call without being answered" hospital crash carts, lawn gnomes, Evian bottles, wind-up Christmas creches, edible panties, cracked mirrors. Whether comic, elegiac, o...
View More...

"Adoff addresses his poetry to modern, urban teens in a gritty, hip-hop style. He manages to create poetry from the universal concerns of love and loneliness, the specific teen concerns of acne and braces, and unpleasant realities like selling and taking drugs."--Booklist. "Telling, recognizable, and readable....Intriguing."--Bulletin of the Center for Children's Books.
View More... 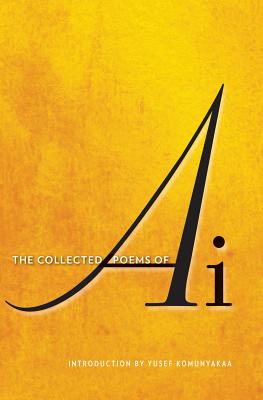 I found my father,
face down, in his homemade chili
and had to hit the bowl
with a hammer to get it off,
then scrape the pinto beans
and chunks of ground beef
off his face with a knife. 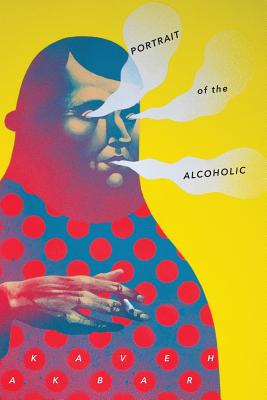 Portrait of the Alcoholic

"Was it Jung who speculated that alcoholism might be an attempt at a material solution for a spiritual problem? Kaveh Akbar seems able to contain both--he's a demotic, as well as a spiritual, poet (the only type of either I trust). Each word in this little book might rise up from somewhere deep in the earth, but they turn into stars." - Nick Flynn

"In Islam prayer is not transactional, poetry is not divorced from the quotidian and portraiture is embraced only in the abstract. And yet here in Kaveh Akbar's book, entreaty is earnest, aimed at the human and particular more often than th...
View More... 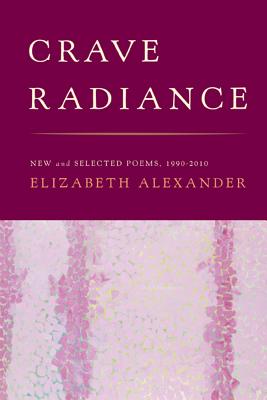 We crave radiance in this austere world,
light in the spiritual darkness.
Learning is the one perfect religion,
its path correct, narrow, certain, straight.
--from "Allegiance"

Over twenty years, Elizabeth Alexander has become one of America's most exciting and important poets, and her selection as the inaugural poet by President Barack Obama confirmed her place as one of the indispensable voices of our time. Crave R...
View More... 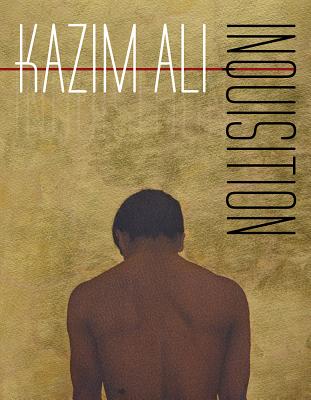 During the 1982 air strikes on Beirut, Faiz Ahmed Faiz asked his friend Mahmoud Darwish "Why aren't the poets writing this war on the walls of the city?" Darwish responded, "Can't you see the walls falling down?" Queer, Muslim, American, Kazim Ali has always navigated complex intersections and interstices on order to make a life. In this scintillating mixture of lyrics, narrative, fragments, prose poem, and spoken word, he answers longstanding questions about the role of the poet or artist in times of political or social upheaval, although he answers under duress. An inquisition is dangerous, ...
View More... 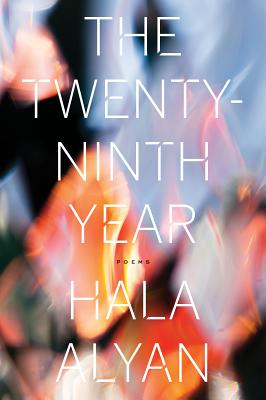 "This is the stuff of life, the very essence of the poetic." -LitHub

For Hala Alyan, twenty-nine is a year of transformation and upheaval, a year in which the past--memories of family members, old friends and past lovers, the heat of another land, another language, a different faith--winds itself around the present. Hala's ever-shifting, subversive verse sifts together and through different forms of forced displacement and the tolls they take on mind and body. Poems leap from war-torn cities in the Middle East, to an Oklahoma Olive Garden, a Brooklyn brownstone; from alcohol...
View More...

"This is the stuff of life, the very essence of the poetic." -LitHub

For Hala Alyan, twenty-nine is a year of transformation and upheaval, a year in which the past--memories of family members, old friends and past lovers, the heat of another land, another language, a different faith--winds itself around the present. Hala's ever-shifting, subversive verse sifts together and through different forms of forced displacement and the tolls they take on mind and body. Poems leap from war-torn cities in the Middle East, to an Oklahoma Olive Garden, a Brooklyn brownstone; from alcohol...
View More... 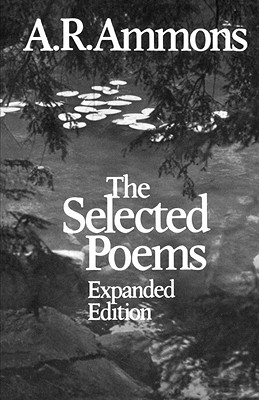 To the "visions of clarity and terror" in that volume the poet now adds the most important poems from his three books published since. The resulting collection is the essential starting place for new readers, the quarry for those familiar with his work. Among the new poems is "Easter Morning," which the critic Helen Vendler called "a classic poem . . . a revelation."
View More... 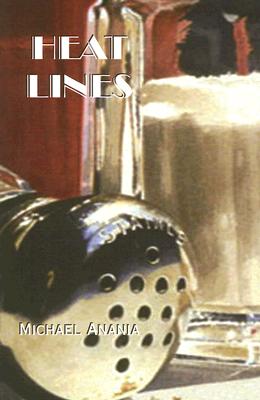