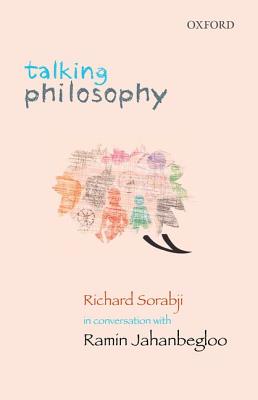 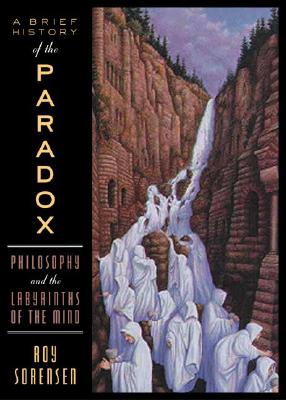 Brief History of the Paradox: Philosophy and the Labyrinths of the Mind

Can God create a stone too heavy for him to lift? Can time have a beginning? Which came first, the chicken or the egg? Riddles, paradoxes, conundrums--for millennia the human mind has found such knotty logical problems both perplexing and irresistible. Now Roy Sorensen offers the first narrative history of paradoxes, a fascinating and eye-opening account that extends from the ancient Greeks, through the Middle Ages, the Enlightenment, and into the twentieth century. When Augustine asked what God was doing before He made the world, he was told: "Preparing hell for people who ask questions ... View more info 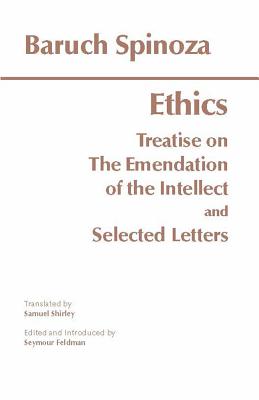 Ethics: Treatise on the Emendation of the Intellect and Selected Letters 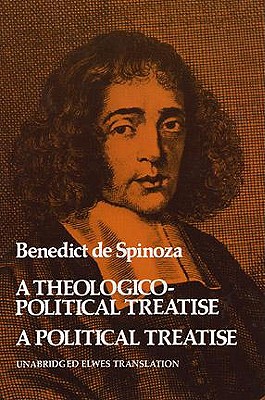 Rational examination of the Old Testament to show that freedom of thought and speech is consistent with the religious life. True religion consists in practice of simple piety, independent of philosophical speculation. Also contains unfinished essay on theory of government founded on common consent. One of Spinoza's most important works. Unabridged R. Elwes translation. View more info 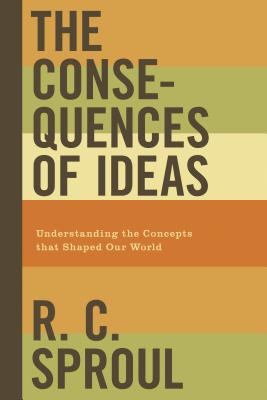 The Consequences of Ideas: Understanding the Concepts that Shaped our World

Sproul's survey of the ongoing impact of history's most influential philosophies urges readers to take prevailing cultural mind-sets seriously... because ideas do have consequences. The greatest thinkers of all time are impacting us still. From public-policy decisions and current laws to world events, theology, the arts, education, and even conversations between friends, history's most influential philosophies have wrought massive consequences on nearly everything we see, think, and do. Thus it is critical for Christians to understand the ideas that are shaping them. The greater their... View more info 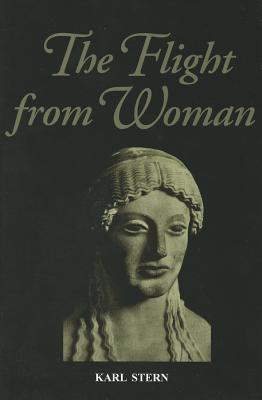 Dr. Stern's The Flight from Woman is a study of the polarity of the sexes as reflected in the conflict between two modes of knowledge--scientific or rational, as contrasted with intuitive or poetic. In exploring this rich theme, he undertakes the psychological portraits of six representative figures whose thought and work have influenced modern man: Descartes, Goethe, Schopenhauer, Kierkegaard, Tolstoy, and Sartre. The scientific revolution of the last 300 years has yielded, in Dr. SternAEs view, a de-ferninization and de-humanization of society, in the sense that it is a rejection of the kind... View more info 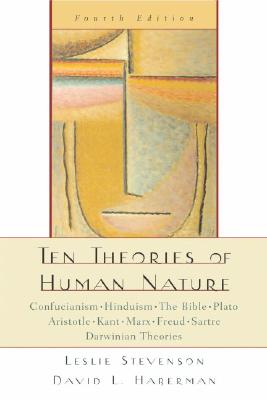 Over three previous editions, Ten Theories of Human Nature has been a remarkably popular introduction to some of the most influential developments in Western and Eastern thought. This thoroughly revised fourth edition features substantial new chapters on Aristotle and on evolutionary theories of human nature; the latter centers on Edward O. Wilson but also outlines the ideas of Emile Durkheim, B. F. Skinner, Nikolaas Tinbergen, Konrad Lorenz, Noam Chomsky, and recent evolutionary psychology. This edition also includes a rewritten introduction that invites readers (even if inclined toward funda... View more info

Earth and other ethics: The case for moral pluralism 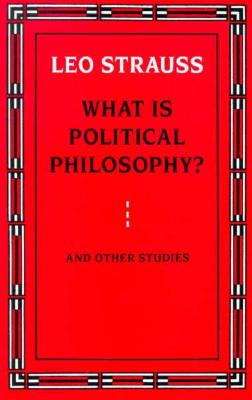 What Is Political Philosophy? 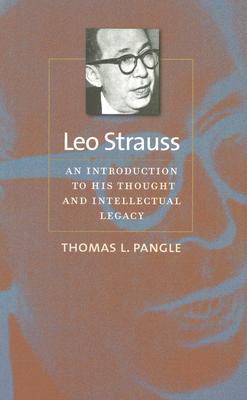 Leo Strauss: An Introduction to His Thought and Intellectual Legacy (The Johns H

Leo Strauss's controversial writings have long exercised a profound subterranean cultural influence. Now their impact is emerging into broad daylight, where they have been met with a flurry of poorly informed, often wildly speculative, and sometimes rather paranoid pronouncements.This book, written as a corrective, is the first accurate, non-polemical, comprehensive guide to Strauss's mature political philosophy and its intellectual influence. Thomas L. Pangle opens a pathway into Strauss's major works with one question: How does Strauss's philosophic thinking contribute to our democracy... View more info 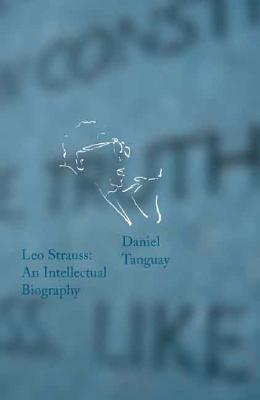 Since political theorist Leo Strauss's death in 1973, American interpreters have heatedly debated his intellectual legacy. Daniel Tanguay recovers Strauss from the atmosphere of partisan debate that has dominated American journalistic, political, and academic discussions of his work. Tanguay offers in crystal-clear prose the first assessment of the whole of Strauss's thought, a daunting task owing to the vastness and scope of Strauss's writings. This comprehensive overview of Strauss's thought is indispensable for anyone seeking to understand his philosophy and legacy.Tanguay gives speci... View more info 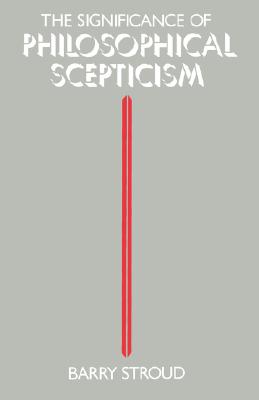 This book raises questions about the nature of philosophy by examining the source and significance of one central philosophical problem: how can we know anything about the world around us? Stroud discusses and criticizes the views of such philosophers as Descartes, Kant, J.L. Austin, G.E. Moore, R. Carnap, W.V. Quine, and others. View more info 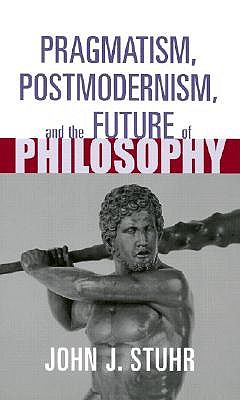 Pragmatism, Postmodernism and the Future of Philosophy (Routledge American Philo

"Pragmatism, Postmodernism and the Future of Philosophy" is a vigorous and dynamic confrontation with the task and temperament of philosophy today. In this energetic and far-reaching new book, Stuhr draws persuasively on the resources of the pragmatist tradition of James and Dewey, and critically engages the work of Continental philosophers like Adorno, Foucault, and Deleuze, to explore fundamental questions of how we might think and live differently in the future. Along the way, the book addresses important issues in public policy, university administration, spirituality, and the notion of co... View more info 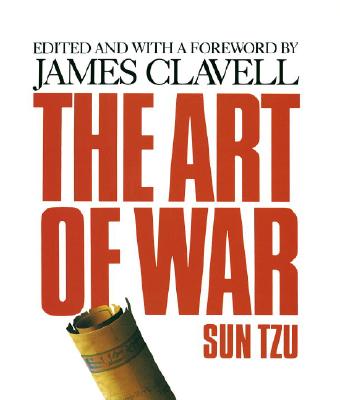 "If you know the enemy and know yourself, you need not fear the result of a hundred battles. If you know yourself but not the enemy, for every victory gained you will also suffer a defeat. If you know neither the enemy nor yourself, you will succumb in every battle...." These are the words of ancient Chinese philosopher Sun Tzu, whose now-classic treatise, The Art of War, was written more than 2,500 years ago. Originally a text for victory on the battlefield, the book has vastly transcended its original purpose. Here is a seminal work on the philosophy of successful leadership that is ... View more info

Compiled during the Warring States period of 475-221 B.C.E., The Art of War has had an enormous impact on the development of Chinese military strategy over the past two thousand years and occupies an important place in East Asian intellectual history. It is the first known attempt to formulate a rational basis for the planning and conduct of military operations, and while numerous editions of the work exist, Victor Mair's translation is the first to remain true to the original structure and essential style of the text.Mair's fidelity to the original, along with his insightful commentary and re... View more info 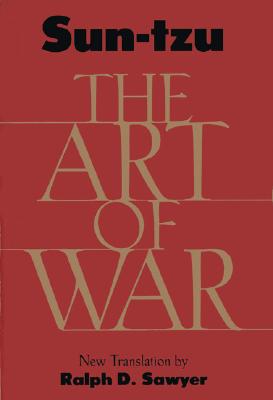 An illuminating new look at the classic primer on warfare. Distinguishing itself from many previous versions, this contemporary translation of Sun-Tzu's landmark text acknowledges the work first and foremost as a masterpiece of military strategy. Translator Ralph Sawyer provides the most detailed introduction and commentary yet offered on the text, its author, and his age. Get inside the head of Sun-Tzu, and find out which significant historical battles influenced his thinking. Sawyer's exhaustive biographical research helps you separate the myth from the elusive man himself. Immerse yourself ... View more info

Perceiving, Sensing and Knowing: A Book of Readings from Twentieth-Century Sourc 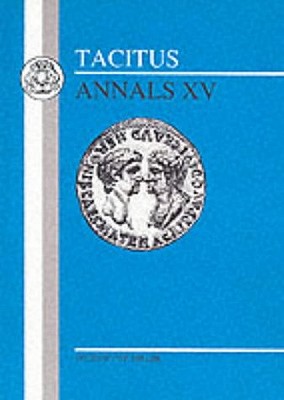 This volume, aimed at the student of Latin at sixth form to undergraduate level, contains the Latin text of Tacitus' Annals Book XV, supplemented by a useful introduction and notes on the text. View more info