Labor of Dionysus (Theory Out Of Bounds)

Toward a Democratic Left; a Radical Program for a New Majority

Why we Need Socialism in AMerica 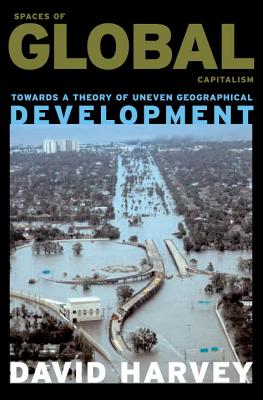 Spaces of Global Capitalism: A Theory of Uneven Geographical Development

Fiscal crises have cascaded across much of the developing world with devastating results, from Mexico to Indonesia, Russia and Argentina. The extreme volatility in contemporary political economic fortunes seems to mock our best efforts to understand the forces that drive development in the world economy. David Harvey is the single most important geographer writing today and a leading social theorist of our age, offering a comprehensive critique of contemporary capitalism. In this fascinating book, he shows the way forward for just such an understanding, enlarging upon the key themes in h... View more info 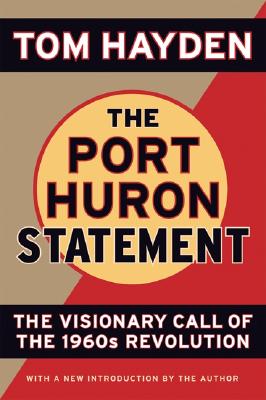 Port Huron Statement: the Visionary Call of the 1960s Revolution

We seek the establishment of a democracy of individual participation governed by two central aims: that the individual share in those social decisions determining the quality and direction of his life; that society be organized to encourage independence in men and provide the media for their common participation . . ." --from the "PORT HURON STATEMENT" Four key periods in American history have most influenced what America is like today: the Revolutionary War, the Civil War, World War II, and the 1960s. No document better frames and explains the 1960s than the "PORT HURON STATEMENT." The ... View more info

Port Huron Statement: the Visionary Call of the 1960s Revolution

Walk Through Paris: A Radical Exploration 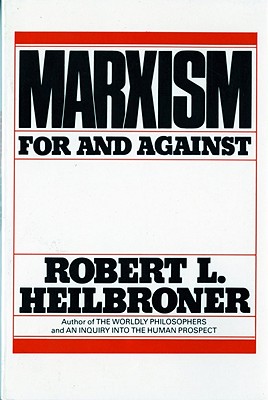 Marxism for and Against

In the lucid style and engaging manner that have become his trademark, Robert L. Heilbroner explains and explores the central elements of Marxist thought: the meaning of a "dialectical" philosophy, the usefulness and problems of a " materialist" interpretation" of history, the power of Marx's "socioanalytic" penetration of capitalism, and the hopes and disconcerting problems involved in a commitment to socialism. Scholarly without being academic, searching without assuming a prior knowledge of the subject, Dr. Heilbroner enables us to appreciate the greatness of Mark while avoiding an uncritic... View more info 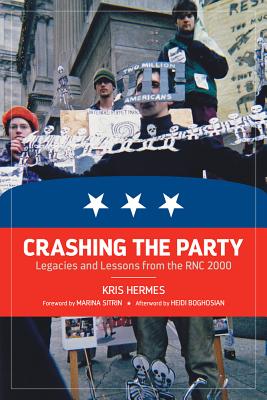 Crashing the Party: Legacies and Lessons from the RNC 2000 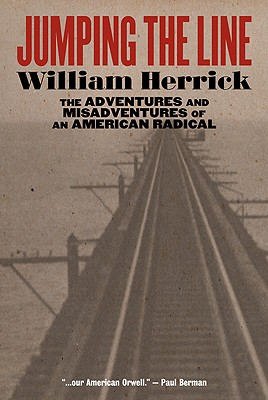 Jumping the Line: The Adventures and Misadventures of an American Radical

A vivid first-hand account of Left culture in America in the heady days of the 20s through the 40s. Herrick grew up in New York with pictures of Lenin over his crib and provides colorful stories of riding the rails during the Depression, organizing Black sharecroppers, working on the collective Sunrise Farm and as Orson Welles' secretary. Like many of his generation, he fought in Spain with the Lincoln Brigades, and his experiences there shattered his political world, as he recounts horror stories of the Stalinist purges of anarchist fighters. His depictions of the Spanish Civil War have ma... View more info 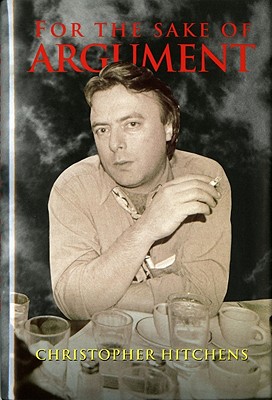 For the Sake of Argument: Essays and Minority Reports

The global turmoil of the last few years has severely tested every analyst and commentator. Few have written with such insight as Christopher Hitchens about the large events or with such discernment and wit about the small tell-tale signs of a disordered culture. For the Sake of Argument ranges from the political squalor of Washington, as a beleaguered Bush administration seeks desperately to stave off disaster and Clinton prepares for power; to the twilight of Stalinism in Prague; from the Jewish quarter of Damascus in the aftermath of the Gulf War to the embattled barrios of Central America ... View more info 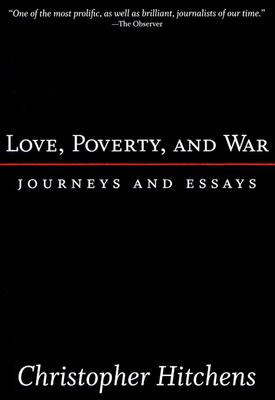 "I did not, I wish to state, become a journalist because there was no other 'profession' that would have me. I became a journalist because I did not want to rely on newspapers for information."" Love, Poverty and War: Journeys and Essays" showcases America's leading polemicist's rejection of consensus and cliche, whether he's reporting from abroad in Indonesia, Kurdistan, Iraq, North Korea, or Cuba, or when his pen is targeted mercilessly at the likes of William Clinton, Mother Theresa ("a fanatic, a fundamentalist and a fraud"), the Dalai Lama, Noam Chomsky, Mel Gibson and Michael Bloomberg. ... View more info 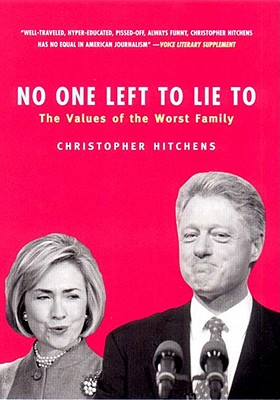 No One Left To Lie To. The Values of the Worst Family

'Clintonism' is not an idea, or a program; still less is it a principle. It represents what might be termed-were it not for its murk-the distilled essence of consensus politics. Unremarkable in its constituent elements, which are a mixture of opportunist statecraft, crony capitalism, 'divide and rule' identity politics, and populist manipulation, Clintonism has nonetheless raised these ordinary practices to the level of theory. It has succeeded, argues the author, because of a stealthy appeal to the waning and insecure forces of an American liberalism gone bad. Christopher Hitchens followed Go... View more info 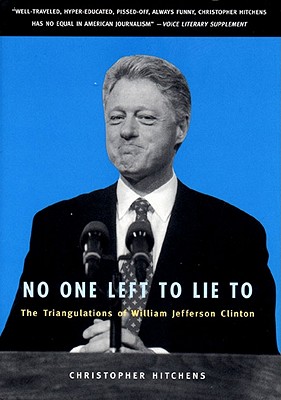 No One Left to Lie To: the Triangulations of William Jefferson Clinton

In this new paperback edition, Christopher Hitchens concludes that there is a rapist in the Oval Office and offers a pitiless scrutiny of Mrs Clinton's contemptible Senate campaign. View more info 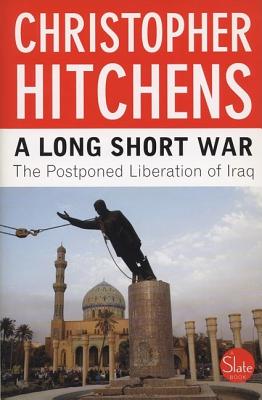 One of our most respected and controversial liberal thinkers makes the case for war in Iraq. Written in his trademark contrarian voice, Untitled on Iraq is comprised of Hitchens' essays on the justification for war in Iraq and other related issues written for Slate.com, The Wall Street Journal, The Nation, and more, as well as 25% new material on the war View more info 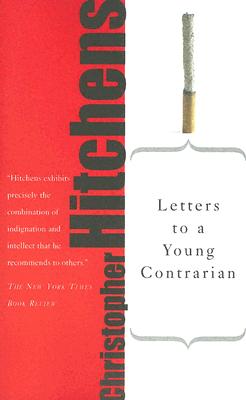 Letters to a Young Contrarian

In the book that he was born to write, provocateur and best-selling author Christopher Hitchens inspires future generations of radicals, gadflies, mavericks, rebels, angry young (wo)men, and dissidents. Who better to speak to that person who finds him or herself in a contrarian position than Hitchens, who has made a career of disagreeing in profound and entertaining ways.This book explores the entire range of "contrary positions"-from noble dissident to gratuitous pain in the butt. In an age of overly polite debate bending over backward to reach a happy consensus within an increasingly centris... View more info

Steal Yourself Rich Book, The 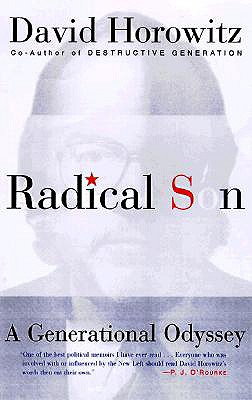 This riveting national bestseller is an intimate, uncompromising account of personal and political transformation, documenting David Horowitz's journey from 1960s radical to 1990s conservative. As he explores his painful estrangement from his radical parents and former political collaborators, Horowitz forms the framework for an incisive critique of the evolution of the American Left and a scathing indictment of the legacy of the 1960s."Radical Son is the single most important book I've ever read about modern American history and politics". -- Mary Matalin View more info

Imperialism and the Revolution