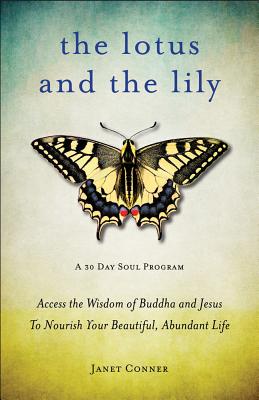 Lotus and the Lily: Access the Wisdom of Buddha and Jesus to Nourish Your Beauti

From the bestselling author of "Writing Down Your Soul" comes a new book based on the teachings of Jesus and Buddha about how to create an abundant life by focusing your attention on your connection with the vibrant presence of the divine within. "The Lotus and the Lily" offers a new 30-day program for accessing your true creativity, breakthrough thinking, and divine guidance. Janet Conner continues her unique method of deep soul writing by showing readers how to exit their conscious minds, get in touch with their authentic selves, and activate the voice of wisdom within."The Lotus and t... View more info

Buddhism: Its Essence and Development 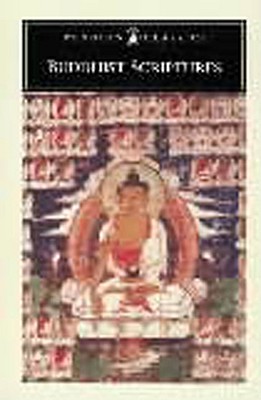 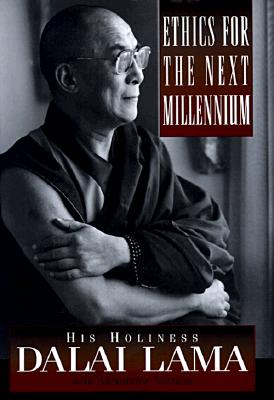 Ethics for the New Millennium

Here is a moral system based on universal rather than religious principles. Its ultimate goal is happiness for every individual regardless of religious belief. Though the Dalai Lama is himself a practicing Buddhist, his approach to life and the moral compass that guides him can lead each and every one of us -- Muslim, Christian, Jew, or Atheist -- to a happier, more fulfilling life. View more info 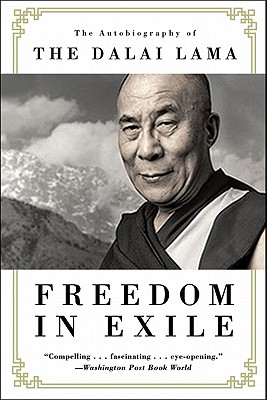 Freedom in Exile: The Autobiography of the Dalai Lama 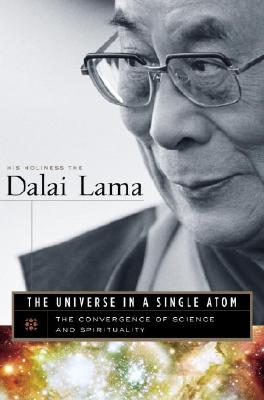 Universe in a Single Atom: The Convergence of Science and Spirituality

Gallileo, Copernicus, Newton, Niels Bohr, Einstein. Their insights shook our perception of who we are and where we stand in the world and in their wake have left an uneasy co-existence: science vs. religion, faith vs. empirical enquiry. Which is the keeper of truth? Which is the true path to understanding reality? After forty years of study with some of the greatest scientific minds as well as a lifetime of meditative, spiritual and philosophical study, the Dalai Lama presents a brilliant analysis of why both disciplines must be pursued in order to arrive at a complete picture of the truth... View more info 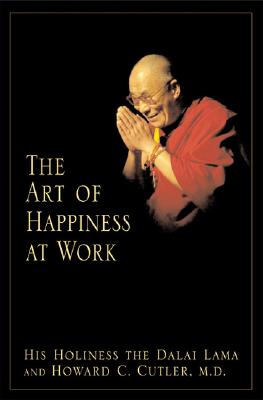 Art of Happiness at Work

From the authors who brought you the million-copy bestseller "The Art of Happiness" comes an exploration of job, career, and finding the ultimate happiness at work. It spent nearly two years on the "New York Times" bestseller list and has sold well over a million copies in hardcover. It remains, five years later, in its original hardcover edition. It was the book by the Dalai Lama that broke new ground, that made him accessible to a larger audience, spreading his words of daily wisdom and message of inner peace that captured the imagination of America. His Holiness the Dalai Lama, for the... View more info

Freedom in Exile: The Autobiography of the Dalai Lama 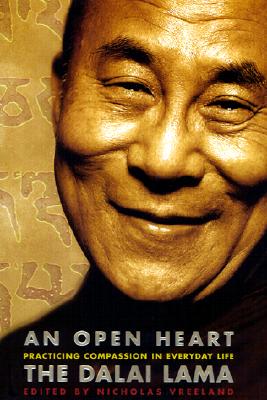 The challenge of compassion -- keeping an open heart in dealing with others -- is wrestled with in all spiritual traditions. The Dalai Lama's teachings on this essential subject, drawn from his epochal visit to America in 1999, form the basis of this universally appealing book. "An Open Heart" is a clear and simple introduction to the core of Buddhism, by its greatest teacher, His Holiness the Dalai Lama. The book lays out a course of meditations, from the simplest to the most challenging, that will enable anyone of any faith to change their minds and open their hearts. At the same time, it in... View more info 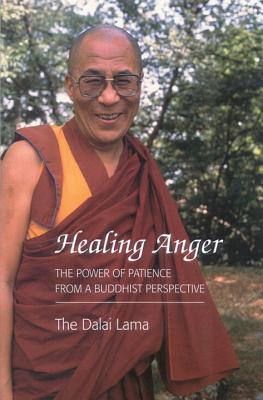 Healing Anger: The Power of Patience from a Buddhist Perspective

All the world's major religions emphasize the importance of the practice of love, compassion, and tolerance. This is particularly true in the Buddhist traditions, which unanimously state that compassion and love are the foundation of all paths of practice. To cultivate the potential for compassion and love inherent within us, it is crucial to counteract their opposing forces of anger and hatred. In this book, the Dalai Lama shows how through the practice of patience and tolerance we can overcome the obstacles of anger and hatred. He bases his discussion on "A Guide to the Bodhisattva Way o... View more info 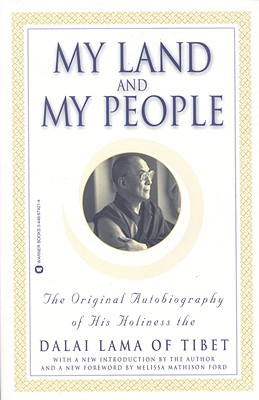 My Land and My People

Schooled behind ancient palace walls to become the leader of Tibet, the Dalai Lama has become a spiritual leader to the world and a leading civil rights advocate. My Land and My People tells the story of his life. View more info 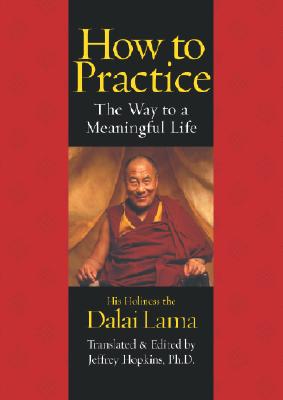 How to Practice the Way to a Meaningful Life

As human beings, we possess one common desire: the need for happiness and a meaningful life. According to His Holiness the Dalai Lama, the ability to find true fulfillment lies within each of us. Now, the spiritual and temporal leader of Tibet, Nobel Prize winner, and bestselling author helps readers begin the path to enlightenment in a very special book -- an easy-access reference for daily practice as well as stunning illumination of the timeless wisdom of His Holiness."How to Practice" will guide you toward opening your heart, refraining from doing harm, maintaining mental tranquility, a... View more info 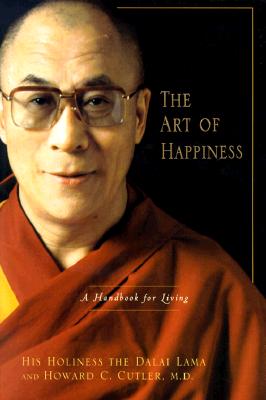 Now with more than a million copies in print, this extraordinary bestseller crosses the boundaries of all traditions. View more info 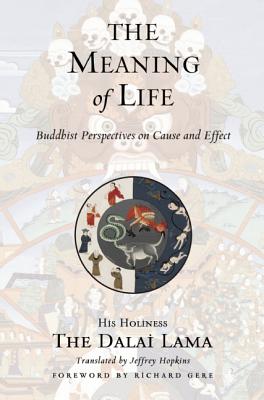 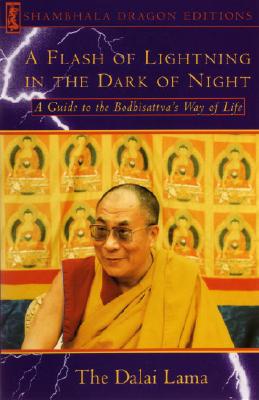 Flash of Lightning in the Dark of Night

Compassion is the guiding principle of the bodhisattvas, those who vow to attain enlightenment in order to liberate all sentient beings from the suffering and confusion of imperfect existence. To this end, they must renounce all self-centered goals and consider only the well-being of others. The bodhisattvas' enemies are the ego, passion, and hatred; their weapons are generosity, patience, perseverance, and wisdom. In Tibetan Buddhism, the Dalai Lama is considered to be a living embodiment of this spiritual ideal. His Holiness the Fourteenth Dalai Lama presents here a detailed manual of pr... View more info 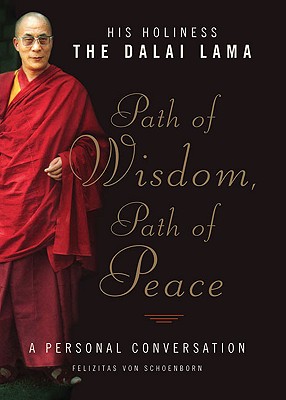 Path of Wisdom, Path of Peace: A Personal Conversation

This is a unique book of the Dalai Lama's thought on how he sees himself, Buddhism, the world at war, the meaning of freedom, busy modern life, its challenges and how to master them.In his inimitable style of humorous simplicity His Holiness looks at everyday problems and puts them in a wider context, making clear their global significance. The book provides an excellent and wide-ranging introduction and overview to the Dalai Lama's philosophy of life, his thoughts and beliefs, and also gives food for thought on how all of us can live lives of greater wisdom and peace. View more info 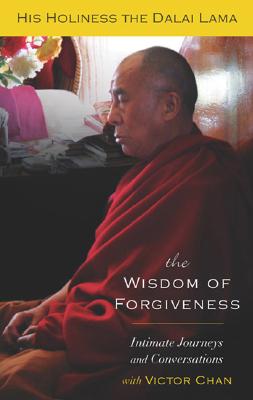 The most intimate conversation yet with the world's most famous holy man. When Victor Chan first visited the Dalai Lama in the 1970s, he assumed that, since he is a member of the race responsible for destroying Tibet, the Dalai Lama would treat him with disdain. Instead, they developed a close relationship, out of which Victor was able to pose some of the most personal questions ever asked of or answered by the Dalai Lama. From the conversations in "The Wisdom of Forgiveness," we discover under which circumstances the Dalai Lama believes he could be capable of violence; how the exper... View more info 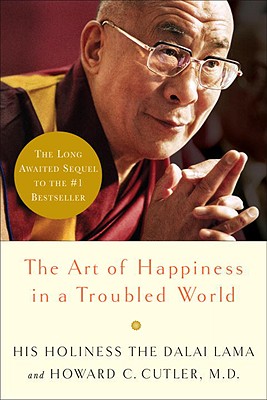 Art of Happiness in a Troubled World

Blending common sense and modern psychiatry, "The Art of Happiness in a Troubled World" applies Buddhist tradition to twenty-first-century struggles in a relevant way. The result is a wise approach to dealing with human problems that is both optimistic and realistic, even in the most challenging times. How can we expect to find happiness and meaning in our lives when the modern world seems such an unhappy place? His Holiness the Dalai Lama has suffered enormously throughout his life, yet he always seems to be smiling and serene. How does he do it? In "The Art of Happiness in a Troubled... View more info 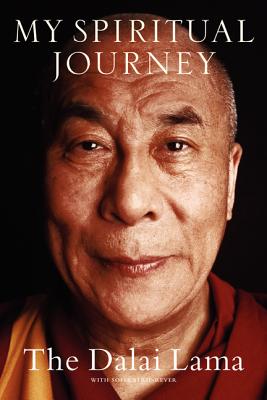