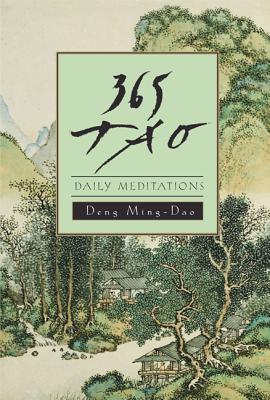 Place the word Tao Into your heart. Use no other words. The Tao is constantly moving, the path that all life and the whole universe takes. There is nothing that is not part of it--harmonious living is to know and to move with the Tao--it is a way of life, the natural order of things, a force that flows through all life.365 Tao is a contemporary book of meditations on what it means to be wholly a part of the Taoist way, and thus to be completely in harmony with oneself and the surrounding world.Deng Ming-Dao is the author of eight books, including The Living I Ching, Chronicles of ... View more info 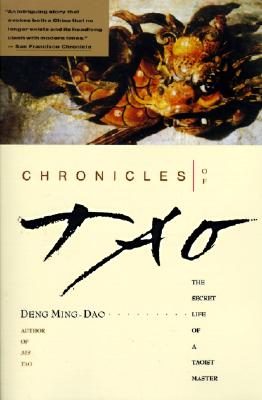 Chronicles of Tao: The Secret Life of a Taoist Master

For the first time in one volume--an extraordinary spiritual odyssey of the making of the Taoist master Kwan Saihung. Born into a wealthy family in a remote province of China, Kwan defies his parents' wishes and enters into the rigorous and mysterious discipline of Taoist practice. Renamed "Little Butterfly" by his Taoist masters, he survives the upheaval of the Japanese occupation, and the later the Chinese Revolution, all the while becoming adept in the Taoist arts. Eventually his inner and outer journey lead him to America, where he becomes a Golden Gloves boxer and martial arts instruct... View more info 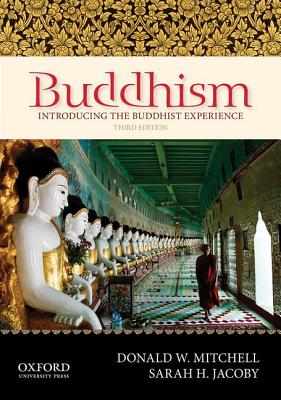 Buddhism: Introducing the Buddhist Experience, Third Edition, focuses on the depth of Buddhist experiences as expressed in the teachings and practices of its religious and philosophical traditions. Taking a more global and inclusive approach than any other introductory text, the book spans more than 2,500 years, offering chapters on Buddhism's origins in India; Theravada and Mahayana Buddhism; Buddhism in Southeast Asia, Tibet, China, Korea, and Japan; and the globalization of Buddhism with a focus on the United States. The volume is enhanced by substantial selections of primary text material,... View more info 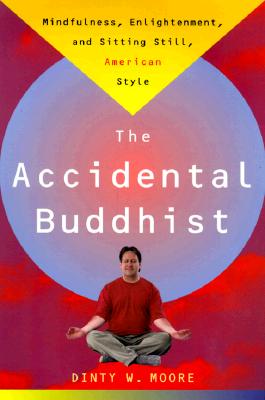 Both the culturally curious and the maturing Buddhist will welcome Dinty W. Moore's "The Accidental Buddhist". Originally setting out to do some George Plimptonesque reporting -- meeting with the odd and the holy and coming back with the story of how Americans are turning to Buddhist meditation -- Moore never expected that what he found would change his life. After all, Moore prides himself on being a skeptic, "a commonsensical outsider...like the stage manager poking his head in around the set of Our Town" (San Jose Mercury News). In "The Accidental Buddhist", Moore shows us the geography of ... View more info 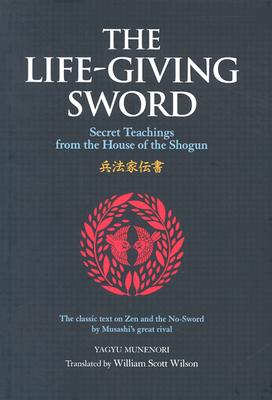 Life-Giving Sword: Secret Teachhings from the House of the Shogun

This is a translation of an important classic on Zen swordfighting. Yagyu Munenori was so widely renowned that he was appointed official sword instructor to two Tokugawa shoguns. (The position was always coveted by Miyamoto Musashi, but he never succeeded in gaining the post). Yagyu's style is known as the Shinkage-ryu style, for centuries the official style of the Tokugawa dynasty. His spiritual mentor was Zen priest Takuan. Here, Yagyu's Buddhist spirituality is clearly reflected in his central idea of the "life-giving sword" - the notion of controlling an opponent by the spiritual readiness... View more info 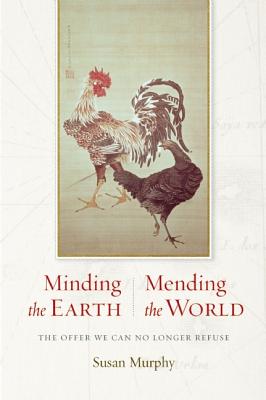 Minding the Earth, Mending the World: Zen and the Art of Planetary Crisis

Shunryu Suzuki Roshi founded the San Francisco Zen Center in 1962, and after fifty years we have seen a fine group of Zen masters trained in the west take up the mantle and extend the practice of Zen in ways that might have been hard to imagine in those first early years. Susan Murphy, one of Robert Aitken's students and dharma heirs, is one of the finest in this group of young Zen teachers. She is also a fine writer, and following on the teaching of her Roshi she has engaged her spiritual work in the ordinary world, dealing with the practice of daily life and with the struggles of all beings.... View more info 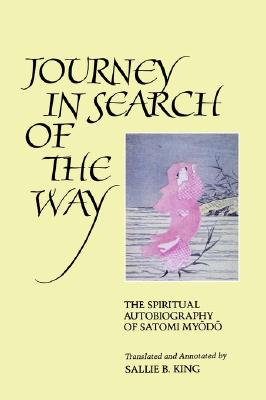 Journey in Search of the Way: The Spiritual Autobiography of Satomi Myodo

Dream Trippers: Global Daoism and the Predicament of Modern Spirituality

By: Palmer, David A. 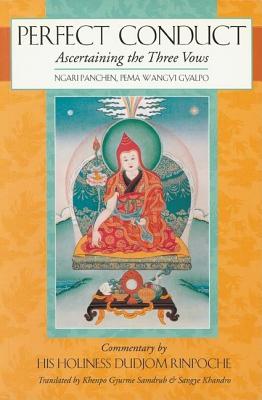 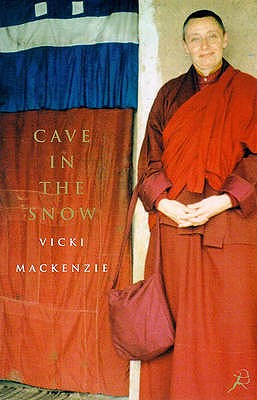 Cave in the Snow: A Western Woman's Quest for Enlightenment

This is the incredible story of Tenzin Palmo, a remarkable woman who spent 12 years alone in a cave 13,000 feet up in the Himalayas.At the age of 20, Diane Perry, looking to fill a void in her life, entered a monastery in India--the only woman amongst hundreds of monks---and began her battle against the prejudice that had excluded women from enlightenment for thousands of years. Thirteen years later, Diane Perry a.k.a. Tenzin Palmo secluded herself in a remote cave 13,000 feet up in the Himalayas, where she stayed for twelve years. In her mountain retreat, she face unimaginable cold, w... View more info 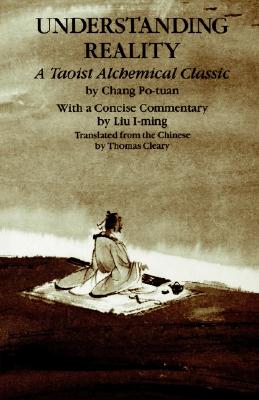 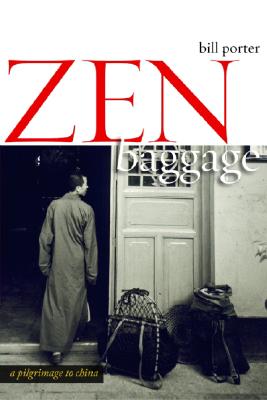 Zen Baggage: A Pilgrimage to China

In the spring of 2006, Bill Porter traveled through the heart of China, from Beijing to Hong Kong, on a pilgrimage to sites associated with the first six patriarchs of Zen. Zen Baggage is an account of that journey. Like most travel literature, Porter takes readers to places few Westerners have ever ventured. He weaves together historical background, interviews with Zen masters, and translations of the earliest known records of Zen, along with personal vignettes. Porter's account captures the transformations taking place at religious centers in China but also the abiding legacy they have someh... View more info

All is Well: The Art {and Science} of Personal Well-Being

Mountains are Mountains and Rivers are Rivers: Applying Eastern Teachings to Eve

An enlightening collection of some of the best writing on how to bring the practice of Eastern teachings into daily lifeThis accessible, inspirational Zen reader brings together the work of some of the discipline's most renowned writers, including Jack Kornfield, Robert Pirsig, Daniel Goleman, Syliva Boorstein, and Charlotte Joko Beck. Carefully compiled and free of jargon, the pieces deal with such subjects as achieving peace of mind, coping with stress, enhancing creativity, finding meaningful work, and improving relationships.In addition there is a useful dictionary of terms used in t... View more info 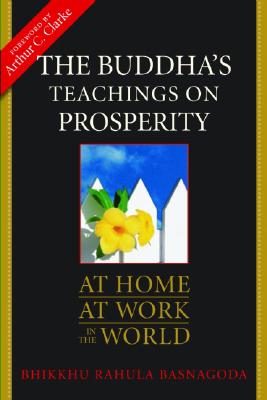 Buddha's Teachings on Prosperity: At Home, At Work, in the World 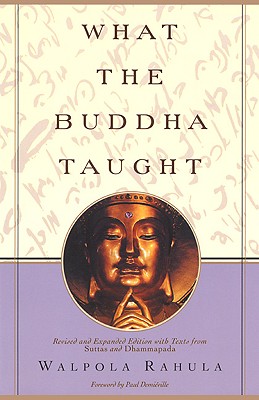 What the Buddha Taught

This comprehensive, compact, lucid, and faithful account of the Buddha's teachings persistently enjoys great popularity in colleges, universities, and theological schools both here and abroad. "An exposition of Buddhism conceived in a resolutely modern spirit."--from the Foreword. "For years," says the Journal of the Buddhist Society, "the newcomer to Buddhism has lacked a simple and reliable introduction to the complexities of the subject. Dr. Rahula's What the Buddha Taught fills the need as only could be done by one having a firm grasp of the vast material to be sifted. It is a model of... View more info 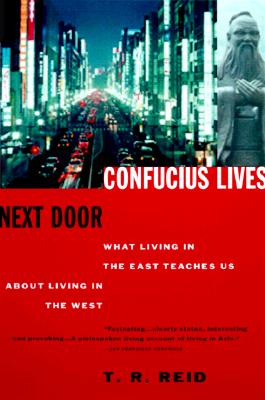 "Fascinating...clearly stated, interesting and provoking.... A plainspoken account of living in Asia." --"San Francisco Chronicle" Anyone who has heard his weekly commentary on NPR knows that T. R. Reid is trenchant, funny, and deeply knowledgeable reporter and now he brings this erudition and humor to the five years he spent in Japan--where he served as The Washington Post's Tokyo bureau chief. He provides unique insights into the country and its 2,500-year-old Confucian tradition, a powerful ethical system that has played an integral role in the continent's "postwar miracle." Whether... View more info 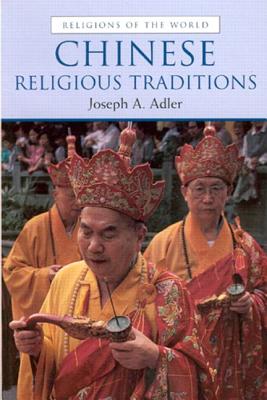 By: Religions of the World/Adler,

This book provides an introduction to the history of religion in China and its contours in China and Taiwan today, focusing on four religious traditions: "Confucianism, Taoism, Buddhism, " and "popular religion." It covers not only religious and ethical ideas but also the practices of each tradition. Readers will become familiar with common themes that weave themselves through the history of Chinese religion to the present day--such as ancestor worship, sacrifice, and divination--and gain an understanding of the ways in which religion has responded to and influenced political and cultural ... View more info

By: Religions of the World/Yusa, M

This illuminating introduction to Japanese culture and religiosity offers a straightforward chronological narrative to Japanese religions by focusing on major Japanese religious and political figures who have profound acumen into their own living faith and describing what each thought (or taught) and did. Covers Japanese religious practices from the medieval times to present day, taking an existential and psychological approach to exploring the founders of various Japanese Buddhist sects and concentrating on what kind of questions they themselves asked about Buddhism. Describes the rise of... View more info