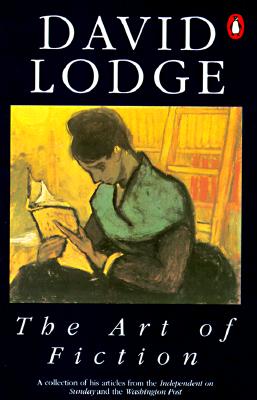 The articles with which David Lodge entertained and enlightened readers of the Independent on Sunday and The Washington Post are now revised, expanded and collected together in book form. The art of fiction is considered under a wide range of headings, such as the Intrusive Author, Suspense, the Epistolary Novel, Time-shift, Magical Realism and Symbolism, and each topic is illustrated by a passage or two taken from classic or modern fiction. Drawing on writers as diverse as Henry James and Martin Amis, Jane Austen and Fay Weldon and Henry Fielding and James Joyce, David Lodge makes accessi... View more info 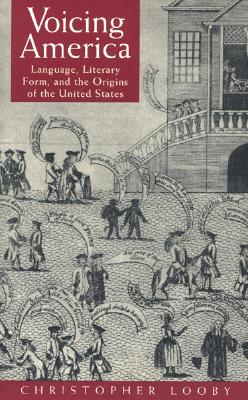 Voicing America: Language, Literary Form, and the Origins of the United States

How is a nation brought into being? In a detailed examination of crucial texts of eighteenth-century American literature, Christopher Looby argues that the United States was self-consciously enacted through the spoken word. Historical material informs and animates theoretical texts by Derrida, Lacan, and others as Looby unravels the texts of Benjamin Franklin, Charles Brockden Brown, and Hugh Henry Brackenridge and connects them to nation-building, political discourse, and self-creation. Correcting the strong emphasis on the importance of print culture in eighteenth-century America, "Voicing A... View more info 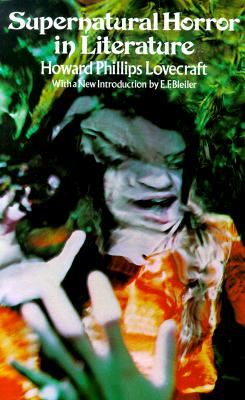 This collection of literary essays, which first appeared in Hungarian in 1910 when the author was only twenty-five, and in German the following year, was Georg Lukacs' first published book. Many of the themes that dominate his later work are already to be found in these youthful writings--the idea of totality, the nature of form, the role of essayist and critic, the significance of gesture. View more info

Theory of the Novel

Georg Luk?cs wrote The Theory of the Novel in 1914-1915, a period that also saw the conception of Rosa Luxemburg's Spartacus Letters, Lenin's Imperialism: The Highest Stage of Capitalism, Spengler's Decline of the West, and Ernst Bloch's Spirit of Utopia. Like many of Luk?cs's early essays, it is a radical critique of bourgeois culture and stems from a specific Central European philosophy of life and tradition of dialectical idealism whose originators include Kant, Hegel, Novalis, Marx, Kierkegaard, Simmel, Weber, and Husserl.The Theory of the Novel marks the transition of the Hungarian phi... View more info

Manifestoes: Provocations of the Modern

For more than three hundred years, manifestoes have defined the aims of radical groups, individuals, and parties while galvanizing revolutionary movements. As Janet Lyon shows, the manifesto is both a signal genre of political modernity and one of the defining forms of aesthetic modernism. Ranging from the pamphlet wars of seventeenth-century England to dyke and ACT-UP manifestoes of the 1990s, her extraordinarily accomplished book offers the first extended treatment of this influential form of discourse. Lyon demonstrates that the manifesto, usually perceived as the very model of rhetorical t... View more info

Toward the Postmodern (Philosophy and Literary Theory) 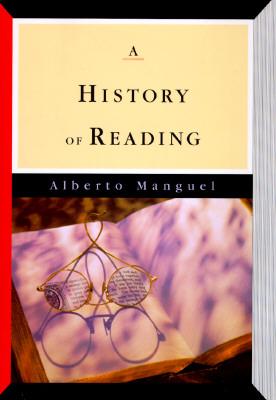 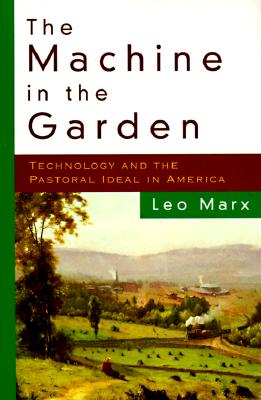 Machine In The Garden 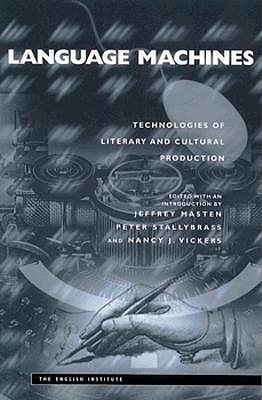 Language Machines: Technologies of Literary and Cultural Production (Essays from

Language Machines questions any easily progressive model of technological change, demonstrating the persistence rather than the obsolescence of language technologies over time, the continuous and complicated overlap of pens, presses, screens and voice. In these essays new technologies do not simply replace, but rather draw upon, absorb, displace and resituate earlier technologies. View more info

Responsibilities of the Critic

Ten Novels and Their Authors 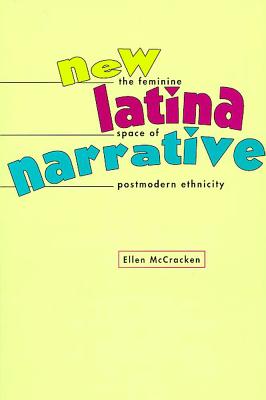 During the last two decades of the twentieth century, U.S. Latina writers have made a profound impact on American letters with fiction in both mainstream and regional venues. Following on the heels of this vibrant and growing body of work, "New Latina Narrative" offers the first in-depth synthesis and literary analysis of this transethnic genre. Focusing on the dynamic writing published in the 1980s and 1990s by Mexican American, Puerto Rican, Cuban American, and Domincan American women, "New Latina Narrative" illustrates how these writers have redefined the concepts of multiculturalism and di... View more info 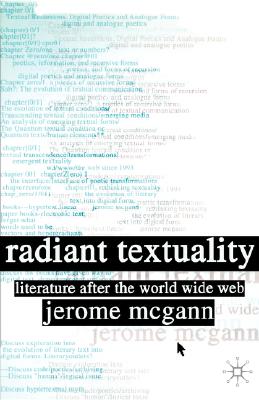 Jerome McGann has been at the forefront of the digital revolution in the humanities. His pioneering critical projects on the World Wide Web have redefined traditional notions about interpreting literature. In this trailblazing book, McGann explores the profound implications digital media have for the core critical tasks of the humanities.Drawing on his work as editor of the acclaimed hypertext project "The Rossetti Archive," he sets the foundation for a new critical practice for the digital age. Digital media, he demonstrates, can do much more than organize access to great works of literature ... View more info 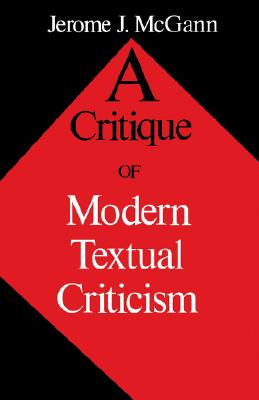 This small but powerful book initiated a major shift in literary theory and method when it was first published in 1983. Starting from a critical inquiry into certain specialized issues in the practice of editing, McGann gradually unfolds an argument for a general revaluation of the grounds of literary study as a whole. View more info 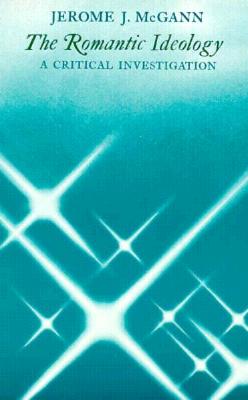 Claiming that the scholarship and criticism of Romanticism and its works have for too long been dominated by a Romantic ideology--by an uncritical absorption in Romanticism's own self-representations--Jerome J. McGann presents a new, "critical" view of the subject that calls for a radically revisionary reading of Romanticism. In the course of his study, McGann analyzes both the predominant theories of Romanticism (those deriving from Coleridge, Hegel, and Heine) and the products of its major English practitioners. Words worth, Coleridge, Shelley, and Byron are considered in greatest depth,... View more info 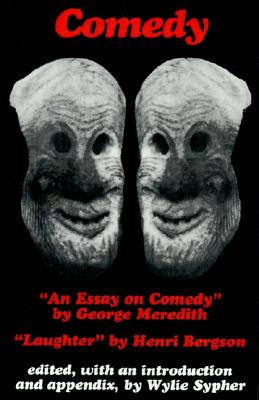 Comedy: "An Essay on Comedy" by George Meredith "Laughter" by Henri Bergson 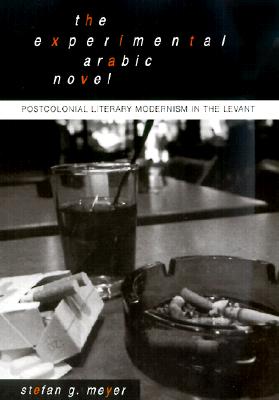 The Experimental Arabic Novel places the modern and contemporary Arabic novel in the context of the modernist-postmodern culture debate in the West. Tracing the development of experimentalism in the modern Arabic novel from the 1960s to the present, Meyer argues that it is possible to speak of distinct literary modernisms that have each evolved with a different set of characteristics, depending upon the nature of their historical antecedents. This approach to postcolonial literature offers a way to compare and contrast it meaningfully with Western literature without relying on inherently Weste... View more info 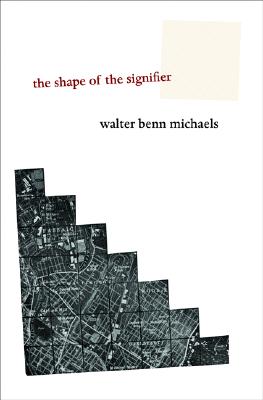 Shape of the Signifier: 1967 to the End of History

"The Shape of the Signifier" is a critique of recent theory--primarily literary but also cultural and political. Bringing together previously unconnected strands of Michaels's thought--from "Against Theory" to "Our America"--it anatomizes what's fundamentally at stake when we think of literature in terms of the experience of the reader rather than the intention of the author, and when we substitute the question of who people are for the question of what they believe. With signature virtuosity, Michaels shows how the replacement of ideological difference (we believe different things) with... View more info