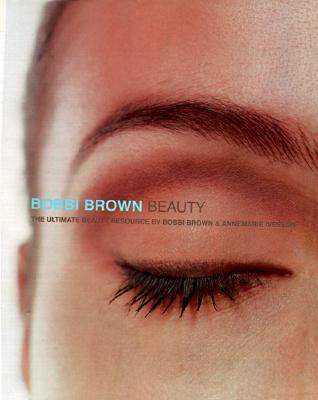 In this manual, Bobbi Brown strikes conventional thinking about beauty.To her way of thinking, there is no one "perfect" beauty standard but countless expressions of personalized beauty. Bobbi helps readers recognize their own remarkable beauty traits and develop their own natural beauty styles. She also analyzes the styles of some of the most celebrated beauties of the past--Marilyn Monroe, Jackie Onassis, Grace Kelly--and of our time--Christy Turlington, Demi Moore, and Kate Moss. View more info 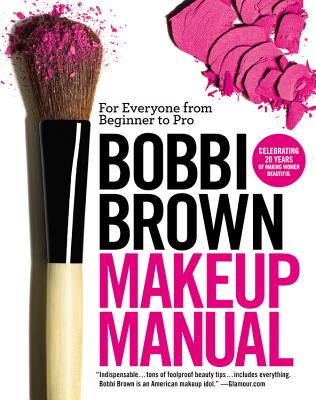 Bobbi Brown Makeup Manual: For Everyone from Beginner to Pro

This is the book that Bobbi Brown's fans have been waiting for: her 25-plus years of makeup styling experience distilled into one complete, gorgeous book. Bobbi looks at everything from skincare basics to every aspect of facial makeup--from how to find the right color and type of foundation for any skin tone to how to apply every detail of eye makeup (Brows, Eye Liner, Eye Shadow, and Eye Lashes) no matter your eye color and shape. Of course there are never-before-seen tips on blush, bronzer, lip liners, lipstick, etc. And Bobbi looks beyond the face with informative chapters on "Hands and Fee... View more info 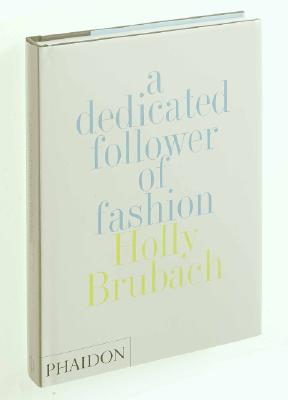 The clothes and accessories we wear and see every day are more than just topics for the fashion literati: they provide rich clues to our personal identity and popular culture. This collection of twenty-eight incisive essays by noted critic and 'fashion anthropologist' Holly Brubach looks at clothing and the fashion industry as barometers of cultural and aesthetic change. In essays published over the past two decades in the New York Times Magazine, the New Yorker and the Atlantic, Brubach reflects on a wide range of subjects, from famous designers such as Yves Saint Laurent, Jean-Paul Gaultier ... View more info 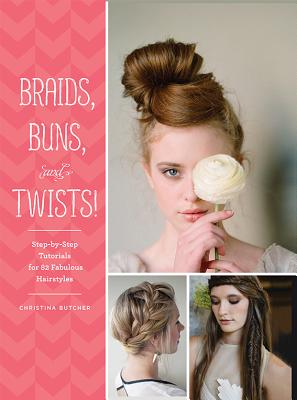 Top knots, Heidi braids, French twists, oh my Chic hair is all the rage from the runways to the blogs to the city streets. This book pulls together 80 classic and contemporary styles and provides step-by-step tutorials for each one. Trendsetters from teens to professionals will love mixing up the looks for parties, the office, a casual beach day, or an elegant night out. Simple how-to illustrations take the guesswork out of styling, while glossy fashion photographs demonstrate how to tailor and accessorize each 'do. With advice for different hair types and lengths plus product tips and fun va... View more info 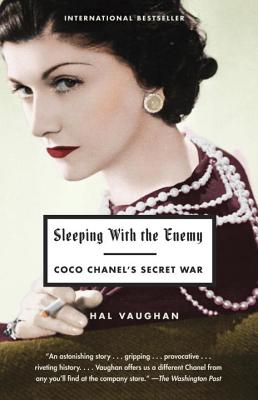 This explosive narrative reveals for the first time the shocking hidden years of Coco Chanel's life: her collaboration with the Nazis in Paris, her affair with a master spy, and her work for the German military intelligence service and Himmler's SS. Gabrielle "Coco" Chanel was the high priestess of couture who created the look of the modern woman. By the 1920s she had amassed a fortune and went on to create an empire. But her life from 1941 to 1954 has long been shrouded in rumor and mystery, never clarified by Chanel or her many biographers. Hal Vaughan exposes the truth of her wartime co... View more info 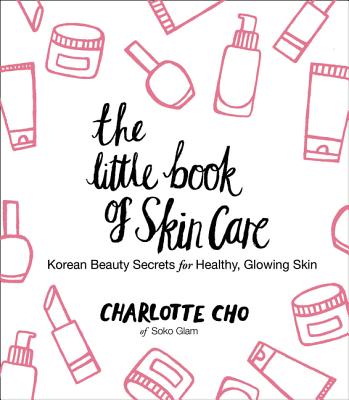 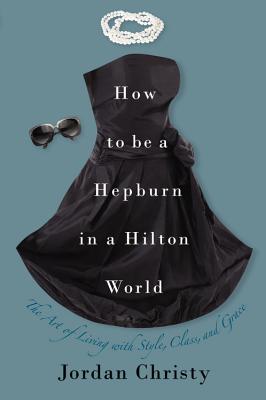 How to Be a Hepburn in a Hilton World: The Art of Living with Style, Class, and

In a society driven by celebutante news and myspace profiles, women of class, style and charm are hard to come by. The Audrey and Katharines of the world continue to lose their luster as thongs, rehab and outrageous behavior burn up the daily headlines. But, despite appearances, guys still want a girl they can take home to their mom, employers still like to see a tailored suit and peers still respect classy conduct. So is it possible to maintain old fashioned virtues in a modern world without looking like a starchy Amish grandma? Christy shows women how in this guide to glamorous style, profes... View more info 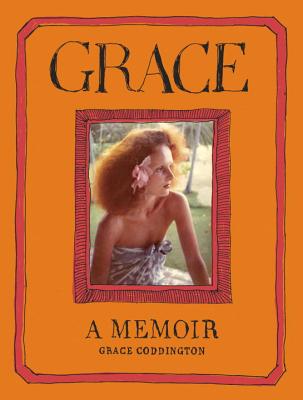 Beautiful. Willful. Charming. Blunt. Grace Coddington's extraordinary talent and fierce dedication to her work as creative director of "Vogue" have made her an international icon. Known through much of her career only to those behind the scenes, she might have remained fashion's best-kept secret were it not for "The September Issue, " the acclaimed 2009 documentary that turned publicity-averse Grace into a sudden, reluctant celebrity. Grace's palpable engagement with her work brought a rare insight into the passion that produces many of the magazine's most memorable shoots. With the witty... View more info 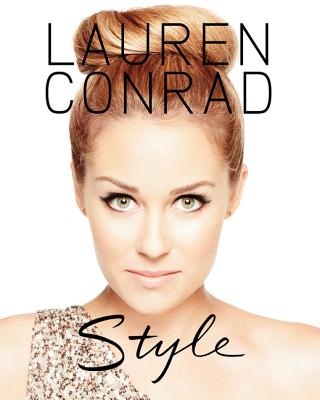 You've seen Lauren Conrad on TV and red carpets, looking fabulous whether she's going casual for a day with friends or dressed for a night out. Now Lauren reveals how you can adapt her classic, understated style for yourself.In this bestselling style guide, Lauren offers tips on how to create your own unique look, shares her favorite sources of inspiration, and identifies the absolute must-haves for any fashionista's wardrobe. Along the way, she examines her fashion evolution, from California-casual teen to camera-ready style icon and clothing designer.From beauty advice and hair secr... View more info 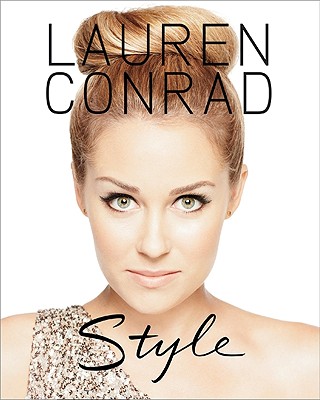 You've seen Lauren Conrad on TV and red carpets, looking fabulous whether she's going casual for a day with friends or dressed for a night out. Now Lauren reveals how you can adapt her classic, understated style for yourself. In her first-ever style guide, Lauren offers tips on how to create your own unique look, shares her favorite sources of inspiration, and identifies the absolute must-haves for any fashionista's wardrobe. Along the way, she examines her fashion evolution, from California-casual teen to camera-ready style icon and clothing designer. From beauty advice and hair secr... View more info 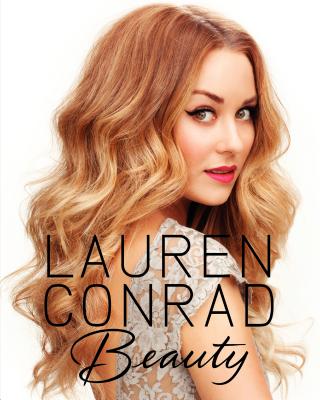 Whether she's in front of the camera or behind the scenes, style icon Lauren Conrad has spent years learning from the pros and perfecting her look, and now she's sharing all her beauty secrets.In her first guide dedicated exclusively to beauty, Lauren covers everything you need to know to maximize your own beauty potential. From tips for creating a strong foundation and maintaining healthy skin and hair through diet, exercise, and all-around wellness to everyday makeup techniques and tricks of the trade for special-occasion looks, Lauren Conrad Beauty provides the advice you've been wait... View more info 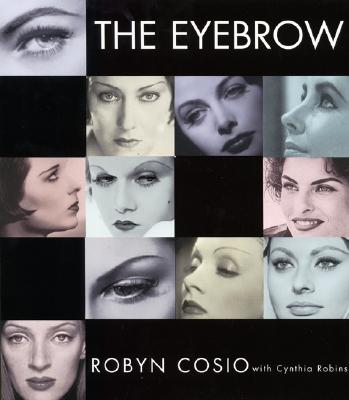 Tweezed, penciled, dyed, or waxed -- welcome to the fascinating world of the eyebrow The eyebrow. No other facial feature is as easily changed -- and none can make such a dramatic difference in your total look.In this highly original beauty book, renowned makeup artist and eyebrow specialist Robyn Cosio reveals everything you ever wanted to know about the often neglected eyebrow and helps you create the perfect brows for your face.Cosio follows the evolution of eyebrow fashion through history, from ancient Egyptian women's recipes for homemade brow powder to eighteenth-century English... View more info 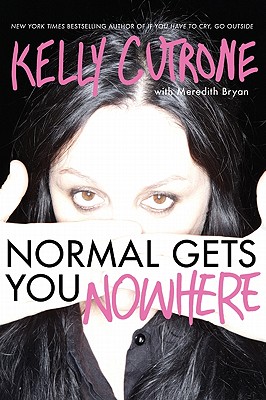 Normal Gets You Nowhere

nor-mal: according with, constituting, or not deviating from a norm, ruleor principle / conforming to a type, standard, or regular pattern / of, relating to, or characterized byaverage intelligence or developmentNormal?Who wants to be that?When Kelly Cutrone's first book, If You Haveto Cry, Go Outside, was first published, youngpeople flocked to this new voice--finally, someone was telling it like it is, in languagethey spoke. It quickly became a New YorkTimes bestseller, and fashion publicist KellyCutrone became more than a personality, she became a beloved guru, mentor, andfairy ... View more info 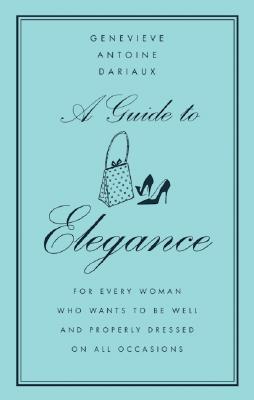 The originalWhat Not to Wearfrom one of fashion's most enduringly stylish women ...Written by French style guru Madame Genevieve Antoine Dariaux, Elegance is a classic style bible for timeless chic, grace, and poise -- every tidbit of advice today's woman could possibly need, all at the tips of her (perfectly manicured) fingers.From Accessories to Zippers, Madame Dariaux imparts her pearls of wisdom on all things fashion-related -- and also offers advice on other crucial areas in life from shopping with girlfriends (don't) to marriage and sex. View more info 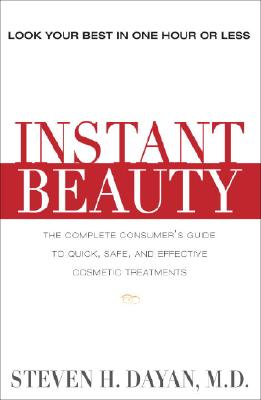 A guide to the top ten minimally invasive cosmetic procedures, from Botox to lasers to peels, which can help you look younger quickly and safely No one likes to hear this, but we have only .01 second to make a first impression. But what's the best way to look good? Makeup, hairstyles, and clothing--not to mention a friendly smile--can of course make a big difference, but for the thousands of Americans who would like an extra edge, nonsurgical cosmetic procedures are the answer. But which procedures really work? How safe are they? And are they worth the time and money? From Botox to mic... View more info 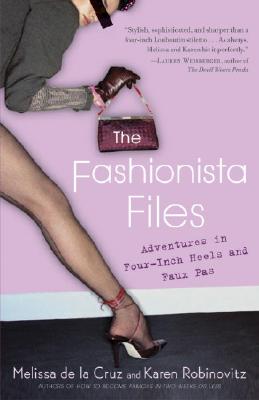 "Fifty""""Hats""""That""""Changed""""the""""World" lists the top 50 hats and headwear that have made a substantial impact in the world of fashion and design today. From Monomakh's Cap, an early fifteenth century Russian crown to Franc Fernandez's modern-day 2010 Helmet Headpiece, the book explores the designs that have turned heads over the years and the impact they've had on the fashion and design world. View more info 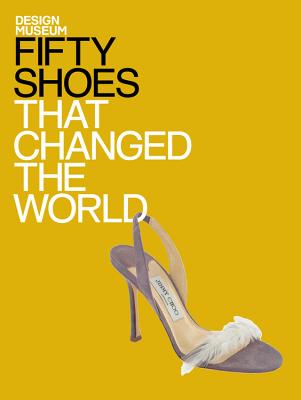 Peek into history's shoe closet with this passionate look at the most important footwear in recent times. In the modern world shoes don't just keep your feet warm and dry-they often communicate a message about the wearer. Join the Design Museum for a look at the fifty iconic shoes of the last 150 years, beginning with Frye Boot in 1863. Learn how a doctor's ankle injury launched a boot (Dr. Martens) that became the symbol of a generation's defiance and how an immigrant Italian plucked the name Tod's out of the New York telephone directory to define the driving shoe that perfectly encapsulates ... View more info