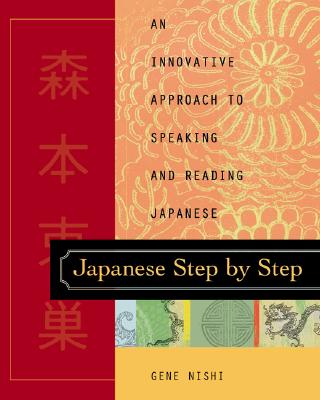 This self-study text offers a breakthrough approach for beginning learners of Japanese, as well as an indispensable reference for intermediate students. The unique study method in "Japanese Step By Step" teaches how to construct Japanese sentences, from the simplest to the most complex, using an easy-to-follow, step-by-step method. Also contains flow charts for verb conjugations and derivations. View more info 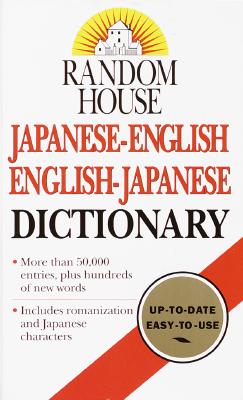 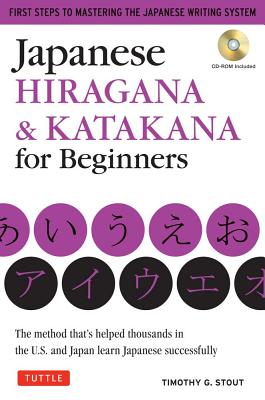 Japanese has 3 writing systems, all used together: hiragana, katakana and kanji. "Japanese Hiragana & Katakana for Beginners" helps newcomers learn how to use the first two systems' basic 92 characters to read, write and communicate. Memorable picture mnemonics connect each character to English words already familiar to you, which makes remembering easier. View more info 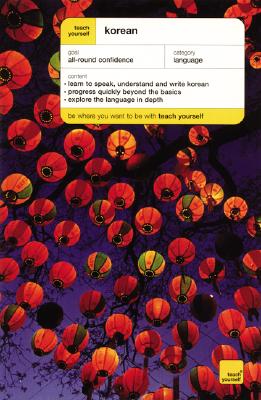 Teach Yourself Korean: A Complete Course

Bestselling language courses From Danish to Spanish, Swahili to Brazilian Portuguese, the languages of the world are brought within the reach of any beginning student. Learners can use the Teach Yourself Language Courses at their own pace or as a supplement to formal courses. These complete courses are based on the very latest learning methods and designed to be enjoyable and user-friendly. "Prepared by experts in the language, each course begins with the basics and gradually promotes the student to a level of smooth and confident communication, including: " Up-to-date, graded intera... View more info 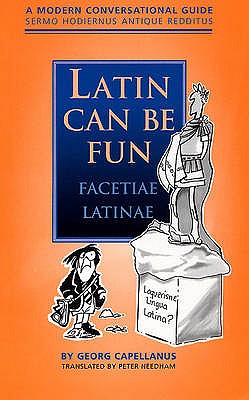 Latin Can Be Fun: A Modern Conversational Guide 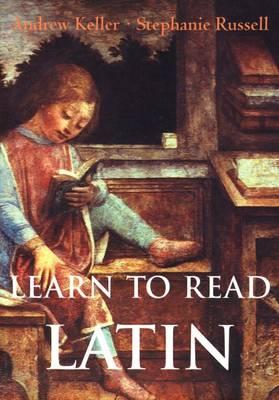 A Latin grammar and reader all in one, Learn to Read Latin presents basic Latin morphology and syntax with clear explanations and examples, and it offers direct access to great works of Latin literature even at the earliest stages of learning the language. As beginning students learn basic forms and grammar, they also gain familiarity with patterns of Latin word order and other features of style, thus becoming well prepared for later, more difficult texts. No other beginning Latin book contains unaltered versions of ancient texts. Learn to Read Latin includes the writings of such authors as ca... View more info 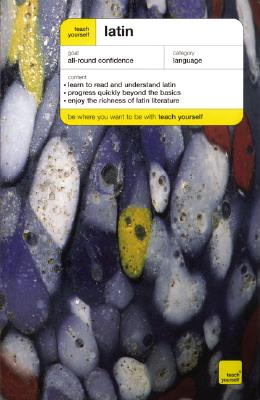 Learn Latin with little effort You can use "Teach Yourself Latin" to learn the language at your own pace or as a supplement to formal courses. It is based on the very latest learning methods and designed to be enjoyable and user-friendly.Prepared by experts in the language, "Teach Yourself Latin" begins with the basics and gradually gets you to a level of smooth and confident communication, including: Up-to-date, graded interactive dialogues Graded units of culture notes, grammar, and exercises Step-by-step guide to pronunciation Practical vocabulary Regular and irregular verb tables... View more info 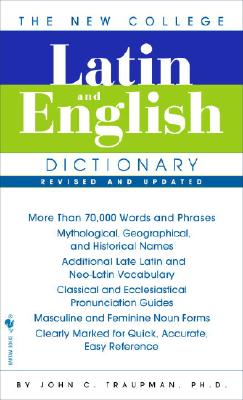 With unique features for maximum clarity and convenience, this newly expanded edition of a respected classic offers students, teachers, and scholars alike an updated reference to the Latin language--both written and oral--that is unsurpassed in affordability, dependability, and ease of use. View more info 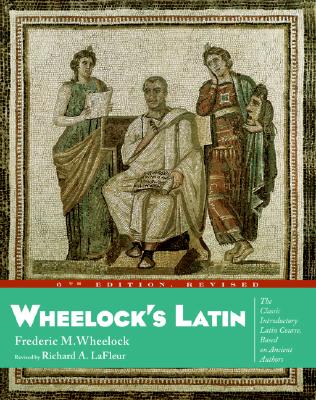 When Professor Frederic M. Wheelock's "Latin first appeared in 1956, the reviews extolled its thoroughness, organization, and conciseness; at least on reviewer predicted that the book "might well become the standard text" for introducing students to elementary Latin. Now, more than four decades later, that prediction has certainly proved accurate.The sixth edition of "Wheelock's Latin has all the features that have made it the bestselling single-volume beginning Latin textbook, many of them revised and expanded: 40 chapters with grammatical explanations and readings based on ancient Rom... View more info

By: Portuguese/Carone, Flavia de B 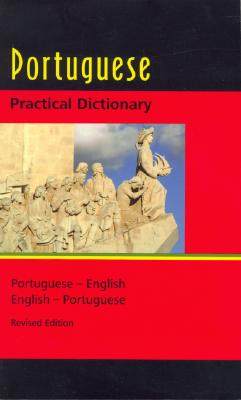 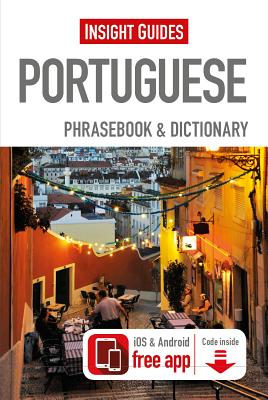 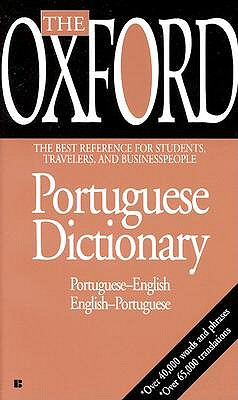 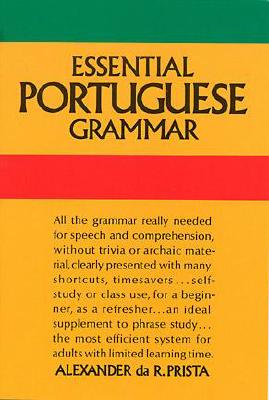 This logical, developmental presentation of the major aspects of Portuguese grammar includes all the necessary tools for speech and comprehension. Designed for adults with limited learning time who wish to acquire the basics of everyday Portuguese, this grammar features numerous shortcuts and timesavers. Ideal as an introduction, supplement, or refresher. View more info 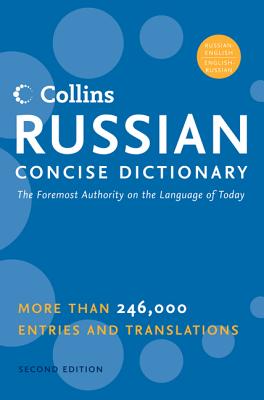 HarperCollins Russian Concise Dictionary is targeted to first-year college language students and advanced high school students. Economically priced and packaged in an easy-to-carry paperback format, this dictionary is a best buy on a crowded shelf. The dictionary includes a 250 page grammatical reference section at the back, making it a 2-in-1 reference source especially useful to language students. View more info 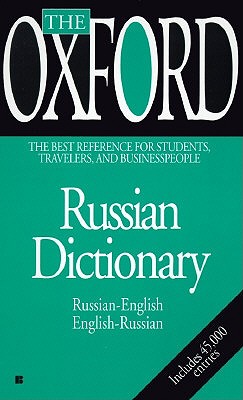 Oxford University Press -- renowned for educational and reference publishing -- has joined The Berkley Publishing Group in an exceptional program that combines the very best quality with accessible mass-market affordability. Launching this month with: - The only reference of its kind available in paperback -- combines dictionary and thesaurus in a single, integrated A-to-Z volume with 150,000 entries, definitions, and synonyms.- Outstanding foreign-language dictionaries for travelers, students, and businesspeople. View more info 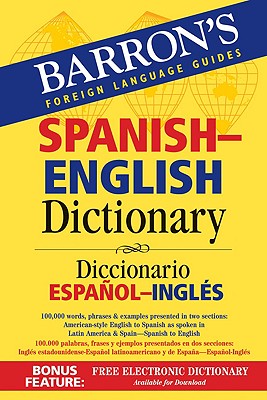 Barron's is now taking a comprehensive approach to foreign-language reference volumes, this definitive Spanish-English dictionary and a companion French-English dictionary being to prime examples. This book features 100, 000 entries with translations, and makes an ideal reference book for schools, libraries, businesses, and the home bookshelf. Yet its manageable size and reasonable price also makes it a practical learning tool for students taking a Spanish language course. It features: Two full-length sections: English to Spanish and Spanish to English American-style English tran... View more info 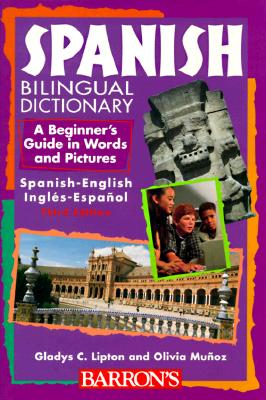 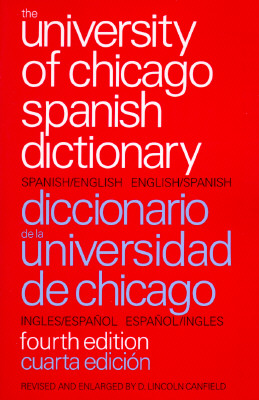