Of all Greek and Latin poets Catullus is perhaps the most accessible to the modern reader. Dealing candidly with the basic human emotions of love and hate, his virile, personal tone exerts a powerful appeal on all kinds of readers. The 116 poems collected in this new translation include the famous Lesbia poems and display the full range of Catullus's mastery of lyric meter, mythological themes, and epigrammatic invective and wit. View more info 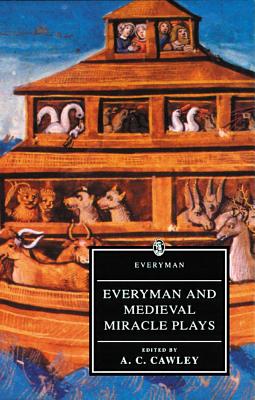 The Everyman Paperback Classics series offers the latest scholarship on the works of the world's greatest poets, writers and philosophers. Each edition includes a comprehensive introduction, chronology, notes, appendix, critical responses, and a text summary. Presented in an affordable edition with wide format pages for generous margins for notes. Contact your sales rep or call Tuttle for a complete list of available titles. View more info 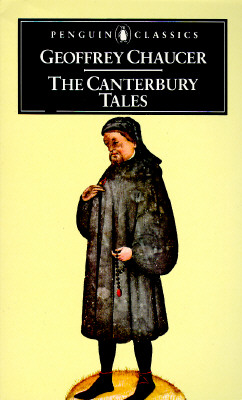 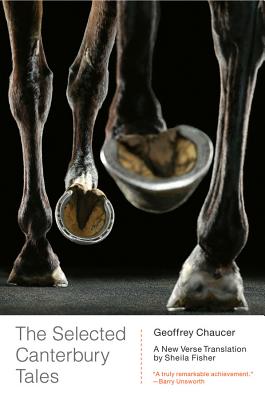 In the tradition of Seamus Heaney s Beowulf and Marie Borroff s Sir Gawain and the Green Knight, Sheila Fisher s The Selected Canterbury Tales is a vivid, lively, and readable translation of the most famous work of England s premier medieval poet. Preserving Chaucer s rhyme and meter, Fisher makes these tales accessible to a contemporary ear while inviting readers to the Middle English original on facing pages. Her informative introduction highlights Chaucer s artistic originality in his memorable portrayals of surprisingly modern women and men from across the spectrum of medieval society. View more info 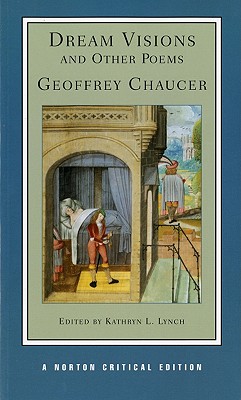 Dream Visions and Other Poems

The texts are extensively glossed and are accompanied by individual introductions and explanatory annotations. A lightly regularized system of spellings has been adopted. No prior knowledge of Chaucer is assumed. Contexts connects the poems to their classical and medieval foundations and includes works by Virgil, Ovid, Cicero, Boethius, Dante, and Boccaccio, among others. From the wealth of scholarly work available, the editor has chosen for Criticism six essays that address the poems central themes. Contributors include Charles Muscatine, A. C. Spearing, R. T. Lenaghan, Richard Firth Green, E... View more info 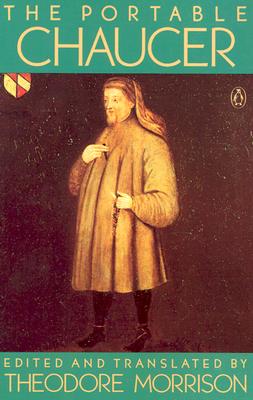 In the fourteenth century Geoffrey Chaucer, who served three kings as a customs official and special envoy, virtually invented English poetry. He did so by wedding the language of common speech to metrical verse, creating a medium that could accommodate tales of courtly romance, bawdy "fabliaux," astute psychological portraiture, dramatic monologues, moral allegories, and its author's astonishing learning in fields from philosophy to medicine and astrology. Chaucer's accomplishment is unequalled by any poet before Shakespeare and--in "The Canterbury Tales" and "Troilus and Cressida"--ranks wit... View more info 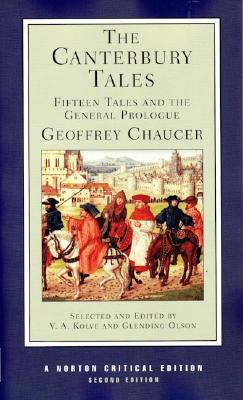 Each is presented in the original language, with normalized spelling and substantial annotations for modern readers. Among the new added to the Second Edition are the much-requested "Merchant s Tale" and the "Tale of Sir Thopas." "Sources and Backgrounds" are included for the General Prologue and for most of the tales, enabling students to understand The Canterbury Tales in light of relevant medieval ideas and attitudes and inviting comparison between Chaucer s work and his sources. "Criticism" includes nine essays, four of them new to this edition, by leading Chaucerians, among them F. R. H. ... View more info 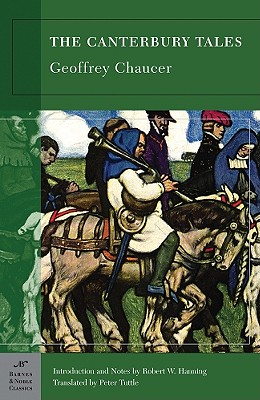 "The Canterbury Tales," by Geoffrey Chaucer, is part of the "Barnes & Noble Classics"" "series, which offers quality editions at affordable prices to the student and the general reader, including new scholarship, thoughtful design, and pages of carefully crafted extras. Here are some of the remarkable features of "Barnes & Noble Classics": All editions are beautifully designed and are printed to superior specifications; some include illustrations of historical interest. "Barnes & Noble Classics "pulls together a constellation of influences--biographical, historical, and literary--to e... View more info

Chaucer's masterpiece and one of the greatest narrative poems in English, the story of the lovers Troilus and Criseyde is renowned for its deep humanity and penetrating psychological insight. This is a modern English prose translation intended as an accurate guide to the Middle English original, and a readable translation in its own right. This edition includes an introduction by a major Chaucerean scholar, an index of the names associated with the Trojan War, and an illuminating index of Proverbs. View more info 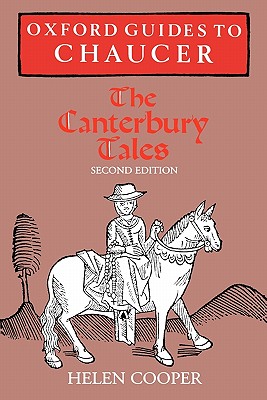 Since its first publication in 1989, Helen Cooper's guide to The Canterbury Tales has established itself as the standard work on the poem. This second edition continues to offer the most comprehensive scrutiny of the Tales both as a whole and individually. In addition, Cooper incorporates the most significant recent scholarship and criticism, reflecting current research in the areas of Chaucer's historical and social context and developments in the interpretation of Chaucer's presentation of women. View more info

Crossley-Holland--the widely acclaimed translator of Old English texts--introduces the Anglo-Saxons through their chronicles, laws, letters, charters, and poetry, with many of the greatest surviving poems printed in their entirety. View more info