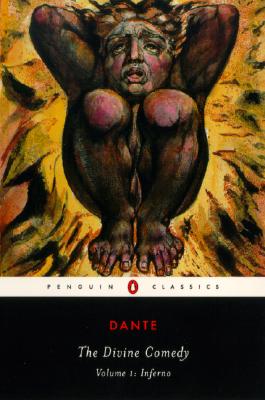 The Divine Comedy: Volume 1 The Inferno

This vigorous translation of Inferno preserves Dante's simple, natural style, and captures the swift movement of the original Italian verse. Mark Musa's blank verse rendition of the poet's journey through the circles of Hell re-creates for the modern reader the rich meanings that Dante's poem had for his contemporaries. Musa's introduction and commentaries on each of the cantos brilliantly illuminate the text. @HolyHaha I have to climb a mountain now? You got to be kidding me. Is this a joke? Who the hell came up with story? VIIIRRRGGGILLLLLLLLLLL From "Twitterature: The World... View more info 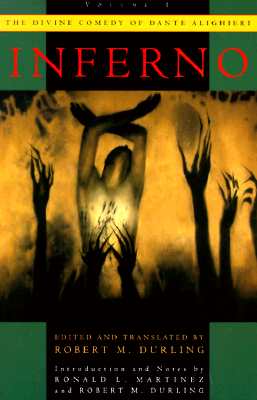 This new translation presents the Italian text of the Inferno, and, on facing pages, Robert Durling's new prose translation, which brings a new power and accuracy to the rendering of Dantes extraordinary vision of Hell, with all its terror, pathos, and sardonic humor, and its penetrating analyses of the psychology of sin and the ills that plague society. Readers will prize the directness and clarity, the rich expressiveness, and the rigorous accuracy of this contemporary prose translation, which preserves to an unparalleled degree the order and emphases of Dante's syntax, unhampered by any con... View more info 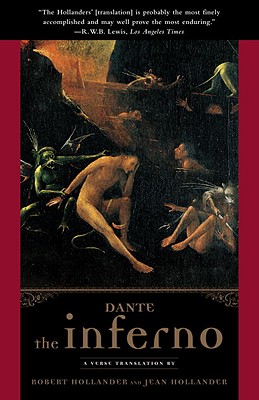 The epic grandeur of Dante's masterpiece has inspired readers for 700 years, and""has entered the human imagination. But the further we move from the late medieval world of Dante, the more a rich understanding and enjoyment of the poem depends on knowledgeable guidance. Robert Hollander, a renowned scholar and master teacher of Dante, and Jean Hollander, an accomplished poet, have written a beautifully accurate and clear verse translation of the first volume of Dante's epic poem, the Divine Comedy. Featuring the original Italian text opposite the translation, this edition also offers an extens... View more info 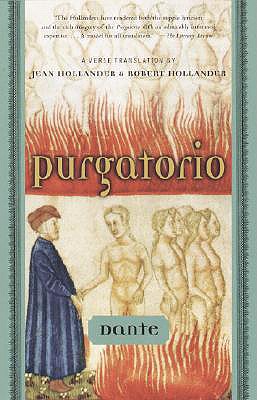 Now I shall sing the second kingdom, there where the soul of man is cleansed, made worthy to ascend to heaven. In the second book of Dante's epic poem The Divine Comedy, Dante has left hell and begins the ascent of the mount of purgatory. Just as hell had its circles, purgatory, situated at the threshold of heaven, has its terraces, each representing one of the seven mortal sins. With Virgil again as his guide, Dante climbs the mountain; the poet shows us, on its slopes, those whose lives were variously governed by pride, envy, wrath, sloth, avarice, gluttony, and lust. As he witne... View more info 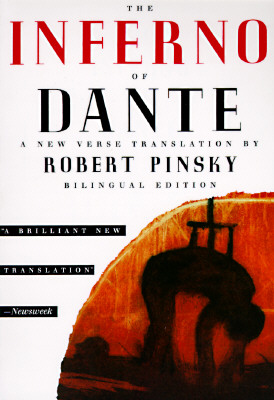 This widely praised version of Dante's masterpiece, which won the Los Angeles Times Book Prize and the Harold Morton Landon Translation Award of the Academy of American Poets, is more idiomatic and approachable than its many predecessors. Former U.S. Poet Laureate Pinsky employs slant rhyme and near rhyme to preserve Dante's "terza rima" form without distorting the flow of English idiom. The result is a clear and vigorous translation that is also unique, student-friendly, and faithful to the original: "A brilliant success," as Bernard Knox wrote in "The New York Review of Books." View more info 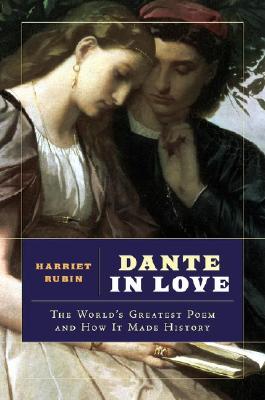 "Dante in Love" is the story of the most famous journey in literature. Dante Alighieri, exiled from his home in Florence, a fugitive from justice, followed a road in 1302 that took him first to the labyrinths of hell then up the healing mountain of purgatory, and finally to paradise. He found a vision and a language that made him immortal.Author Harriet Rubin follows Dante's path along the old Jubilee routes that linked monasteries and all roads to Rome. It is a path followed by generations of seekers -- from T. S. Eliot, Sigmund Freud, Primo Levi, to Bruce Springsteen. After the poet fled ... View more info 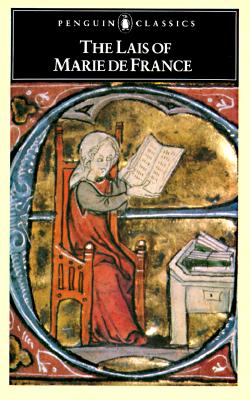 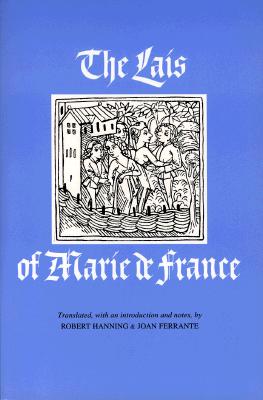 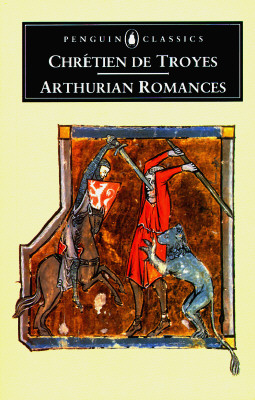 Fantastic adventures abound in these courtly romances: Erec and Enide, Cliges, The Knight of the Cart, The Knight with the Lion, and The Story of the Grail. View more info

Oedipus: The Ancient Legend and Its Later Analogues

The power of the Oedipus legend is apparent not only in its interpretations but even more so in its variations. As Edmunds writes, "Translations, adaptations, and performances still come forth in a never-ending stream. Again and again, playwrights have tried their hand at new shapings of the Sophoclean Oedipuses and often a country's Oedipus forms a whole chapter in the history of its literature." Drawing on more than seventy works that dispersed the Oedipus legend from Greece to Asia, Africa, and the Americas, Edmunds provides a foundation for discussion of the lasting appeal of this legend, ... View more info

In nine paperback volumes, the Grene and Lattimore editions offer the most comprehensive selection of the Greek tragedies available in English. Over the years these authoritative, critically acclaimed editions have been the preferred choice of over three million readers for personal libraries and individual study as well as for classroom use."These authoritative translations consign all other complete collections to the wastebasket."--Robert Brustein, "The New Republic" "This is it. No qualifications. Go out and buy it everybody."--Kenneth Rexroth, "The Nation" "The translations de... View more info

Medea and OTher Plays 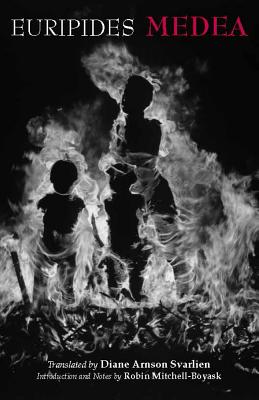 Medea, from Greek mythology, was he daughter of King Aeetes of Colchis, Niece of Circe and the wife of Jason. Media is known in most Greek stories as an enchantress who would become the subject of of this tragedy by Euripides. The Euripides version differentiates itself from other tellings because it doesn't depict Medea is a crazy person who killed her children, but as a distressed and furious wife who is upset at Jason for leaving her to marry a princess. This is a classic tragedy by Euripides and is a popular work that was first performed in 431 BCE. View more info 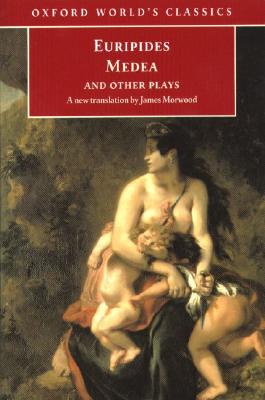 Medea and Other Plays

Euripides was one of the most popular and controversial of all Greek tragedians, and his plays are marked by an independence of thought, ingenious dramatic devices, and a subtle variety of register and mood. He is also remarkable for the prominence he gave to female characters, whether heroines of virtue or vice. This new translation does full justice to Euripides's range of tone and gift of narrative. A lucid introduction provides substantial analysis of each play, complete with vital explanations of the traditions and background to Euripides's world.Contains: Medea; Hippolytus; Electra; ... View more info

Electra/ The Phoenician Women/ The Bacchae 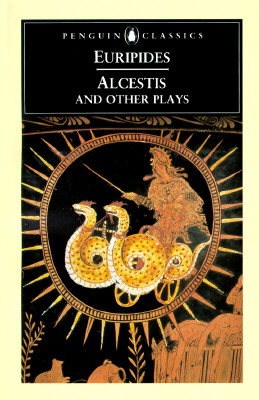 Alcestis and Other Plays (Penguin Classics) 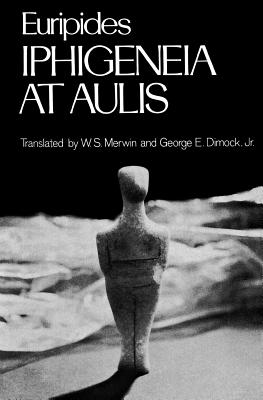 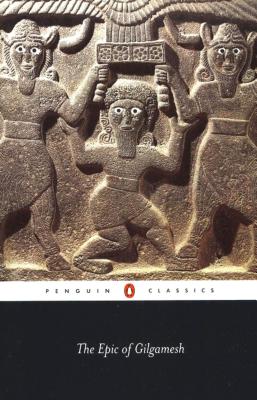 'I am Gilgamesh who seized and killed the Bull of Heaven, I killed the watchman of the cedar forest, I overthrew Humbaba who lived in the forest' Gilgamesh, King of Uruk, and his companion Enkidu are the only heroes to have survived from the ancient literature of Babylon, immortalized in this epic poem that dates back to the third millennium BC. Together they journey to the Spring of Youth, defeat the Bull of Heaven and slay the monster Humbaba. When Enkidu dies, Gilgamesh's grief and fear of death are such that they lead him to undertake a quest for eternal life. A timeless tale of morality, ... View more info 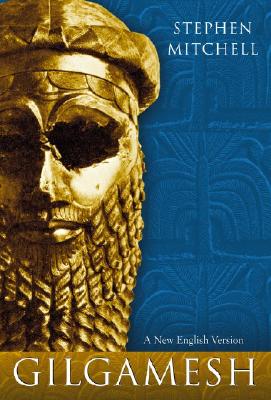 "Gilgamesh" is considered one of the masterpieces of world literature, and although previously there have been competent scholarly translations of it, until now there has not been a version that is a superlative literary text in its own right. Acclaimed translator Stephen Mitchell's lithe, muscular rendering allows us to enter an ancient masterpiece as if for the first time, to see how startlingly beautiful, intelligent, and alive it is. His insightful introduction provides a historical, spiritual, and cultural context for this ancient epic, showing that "Gilgamesh" is more potent and fascinat... View more info 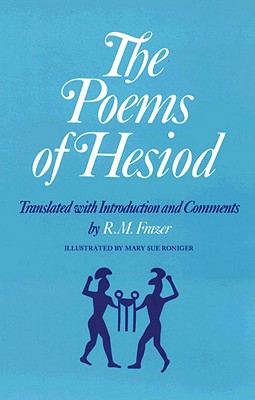 "Besides Homer, there is Hesiod." These words still contain much truth today. Hesiod is a very important poet, and for this reason his two surviving poems, "Theogony "and "Works and Days, "deserve to be presented as accurately and attractively as possible. R. M. Frazer has done this: His new translations are faithful to the matter and spirit of the originals, and his commentary makes the poems understandable and enjoyable.Hesiod is the first Greek and, therefore, the first European we can know as a real person, for, unlike Homer, he tells us about himself in his poems. Hesiod seems to have bee... View more info